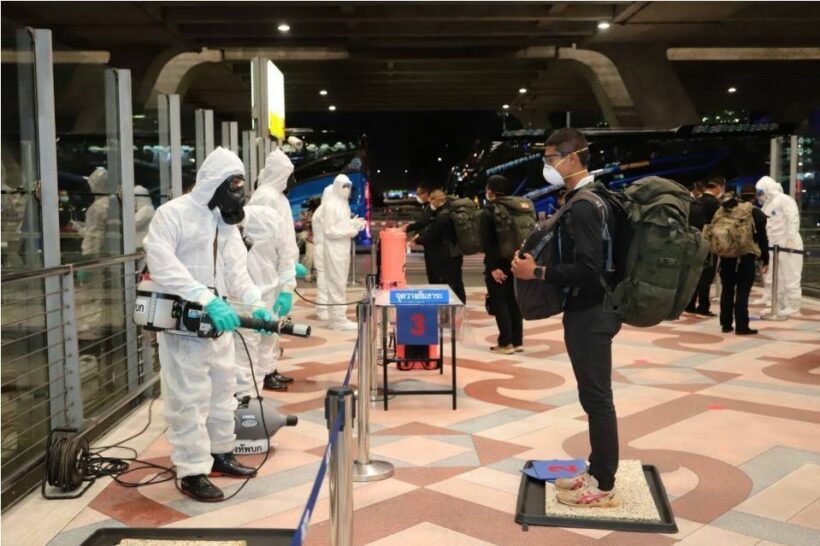 There are now 3 Thai people in state quarantine who are being treated for the highly transmissible South African variant of Covid-19. Unlike foreign nationals, Thai nationals do not have to be tested prior to returning to the Kingdom. Opass Putcharoen from the Thai Red Cross Emerging Infectious Diseases Clinical Centre has confirmed there are 3 patients in quarantine, infected with the B1.351 strain.

The first case detected was that of a Thai gemstone dealer who returned from Tanzania and subsequently tested positive for the virus. Nation Thailand reports that the man developed severe pneumonia but has been treated with the anti-viral medication, Remdesivir, and is now recovering. Since then, the South African variant has been detected in another 2 patients in state quarantine.

Opas is calling on the government to accelerate efforts to prevent the South African variant taking hold. The Centre for Covid-19 Situation Administration is understood to be considering increasing quarantine to 21 days for returnees arriving from Africa. Opas has also added his voice to the growing number calling for the national vaccine rollout to be speeded up.

He says it’s important that officials check how new variants of the virus might affect the efficacy of vaccines. Thailand is awaiting 61 million doses of the AstraZeneca/Oxford University vaccine, which is thought to be only 10% effective against mild or moderate cases of the South African variant.

A number of other variants are in circulation in several countries, including a Brazilian variant and a highly contagious UK variant. There are currently 9 cases of the UK variant in state quarantine in Thailand. Meanwhile, health officials in the UK are monitoring another new strain recently detected in England and believed to have originated in Nigeria.