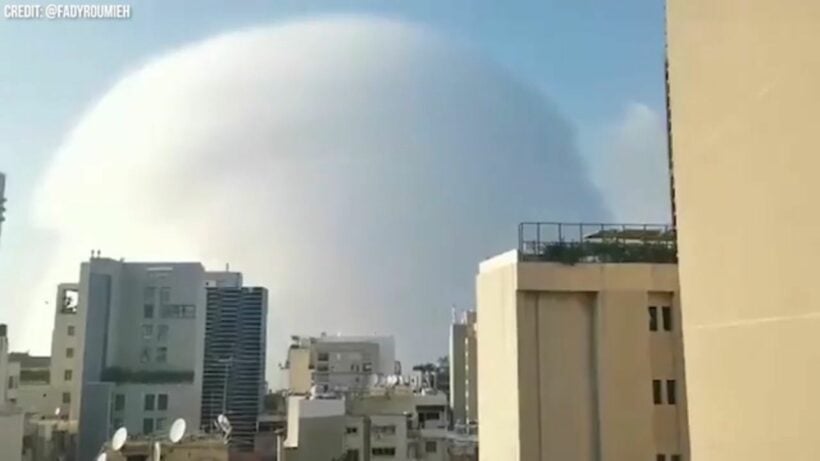 The world of instant experts and budding journalists kicks in moments after any event these days and reaches out almost instantaneously. The majority of people in the world first read about the Beirut chemical explosion on social media feeds, rather than mainstream media sources.

Whilst most of the videos appeared horrifyingly authentic, captured by residents from wherever they were at the time, rumours about the cause of the blast quickly started circulating on platforms. From fireworks to nuclear explosions and numerous other conspiracies in between, the misinformation was outrunning the reality in the hours following the awful incident.

The videos showed an initial smaller explosions, fires and smoke, then 30 seconds later, the massive and explosive conflagration (videos below).

Claims about fireworks seemed feasible at the time, then the narrative about chemical storage took over, without any positive verification from officials at that stage. Other Tweets and posts suggested the event was caused by a nuclear bomb and somehow dragged the Israel/Palestine conflict into the story.

In reality the description comparing the explosion to historical footage of atom bombs wasn’t wholly inaccurate. Except it was just speculation. At that stage, and still, there is no confirmed cause of the explosion, although an old Russian or Moldovian shipement, mostly made up of ammonium nitrate, seems to be gathering increasing evidence.

News organisations quickly scrambled through their Rolodex (Google it) under ‘W’ for weapons to find an ‘expert’ they could put on camera to further speculate, but with at least some experience behind their comments even though they’d probably heard about the event, or seen it, on social media as well.

They pointed out that, had the explosion been caused by a nuclear weapon, the blast would have been accompanied by a blinding white flash and a surge of heat. That wasn’t the case. They were also able to add that mushroom clouds are not unique to nuclear bombs but are a result of the compression of humid air, which condenses water and creates the cloud. Now you know.

But was it a bomb? A missile attack or some other sort of weapon maliciously aimed at the storage facility in Beirut’s port? A nuclear bomb ‘attack’ courtesy of the US, Israel, Hezbollah, or other terrorist groups? Even public figures weren’t shy about wild speculation when, in fact, they had no idea at all in the early stages.

Far-right groups also started sharing their misinformation on Facebook, 4chan, Telegram, Reddit, etc. A lot of the ‘theories’ focused on completely unfounded claims that it was an Israeli attack on a Hezbollah weapons depot. Complete nonsense that simply sprung from a fertile politically-motivated brains.

Headline conspiracy theorists, like QAnon supporters, also shared baseless and misleading claims about the explosion on their Facebook page. They suggest that the attack was related to a “war between the government and the central banking system”. And then another one that claimed US President Donald Trump was waging a “secret war against elite Satan-worshipping paedophiles in government, business and the media”. 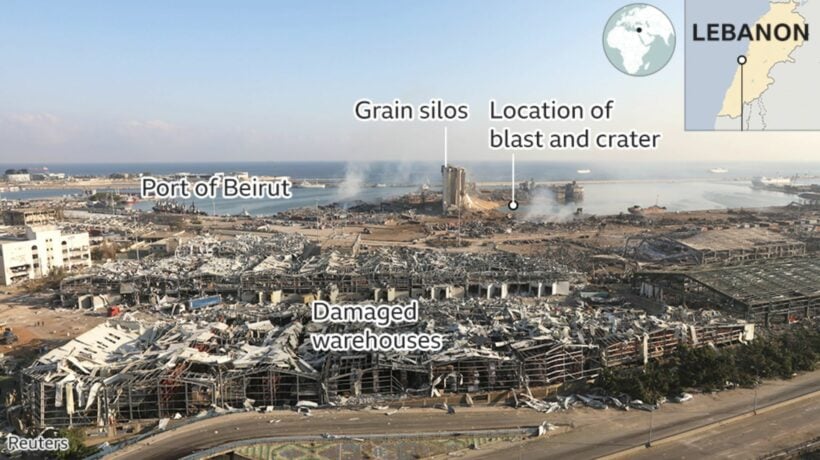 The Institute for Strategic Dialogue’s Chloe Colliver, spoke to the BBC News saying that they’d expected false claims from known disinformation sources, including far-right extremist networks online, spreading unfounded claims and conspiracy theories about the type of explosives and motivations behind the incident.

“This has included theories trying to tie the explosion to Israel or other nation states.”

Authorities in Lebanon and Israel have already sternly dismissed suggestions that Israel had anything to do with the incident.

Rumours about a possible attack picked up steam after President Trump described the event as “a terrible attack” at a White House press conference. You wouldn’t have thought there was much you could have taken from those three words but far-right conspiracists shared and edited the comments on social media to suggest that the blast was a terror attack or bomb. One post on Telegram claimed that American President said “it looks like a terrible terrorist attack”. He actually said it looks like a “terrible attack”.

There were other posts quoting Mr. Trump saying a range of other things that never left his mouth, from the same media conference. Other claims on far-right media made unfounded claims that Mr. Trump’s comments suggested the US was forewarned of the explosion or “attack”.

Lebanon’s President, Michel Aoun has blamed the detonation of 2,750 tonnes of ammonium nitrate that he claimed had been stored unsafely at a warehouse in the port.

A similar amount of the same chemical arrived on a Moldovan-flagged cargo ship, the MV Rhosus in 2013 after suffering technical problems while sailing from Georgia to Mozambique.

The Rhosus was inspected, banned from leaving and was shortly afterwards abandoned by its owners, according to industry newsletter Shiparrested.com. Its cargo was reportedly moved to a port warehouse for safety reasons, and should have been disposed of or resold, according to the BBC.