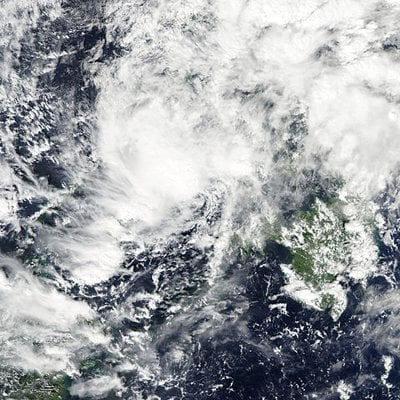 Sendong made landfall over the northeastern region of Mindanao island late Friday, causing heavy rains, flash floods and landslides. Most of the fatalities were reported in the Northern Mindanao Region, which rarely experiences tropical cyclones, although dozens were also killed in the nearby Visayas island group.

Benito Ramos, the Executive Director of the National Disaster Risk Reduction and Management Council (NDRRMC), said 957 people have been confirmed to have been killed as of Tuesday morning. He said at least 49 others remain missing and 1,582 people have been reported to be injured.

The vast majority of bodies were found in Cagayan de Oro, the capital city of Misamis Oriental province, where 579 fatalities were reported. At least 279 people were killed in Illigan City, a highly urbanized industrial city in Lanao del Norte province.

According to authorities, people were warned about the risk of flash floods, especially in areas near rivers, but many refused to leave their homes and were sleeping when the disaster struck. The military has been assisting in search-and-rescue efforts and has flown helicopters to locate missing and trapped victims.

According to the NDRRMC, at least 338,415 people have been affected by the storm, although the actual number is likely to be far higher. The agency said 42,733 people were inside the 62 evacuation centers as of Tuesday morning, while 241,877 others are being assisted outside evacuation centers.

Tropical storm “Washi“, will have virtually no effect on the weather here in Phuket however, residents of Nakhon Sri Thammarat, Phatthalung, Songkhla, Pattani, Yala, Narathiwat, Trang and Satun provinces could experience unseasonable rainfall over the next two days .