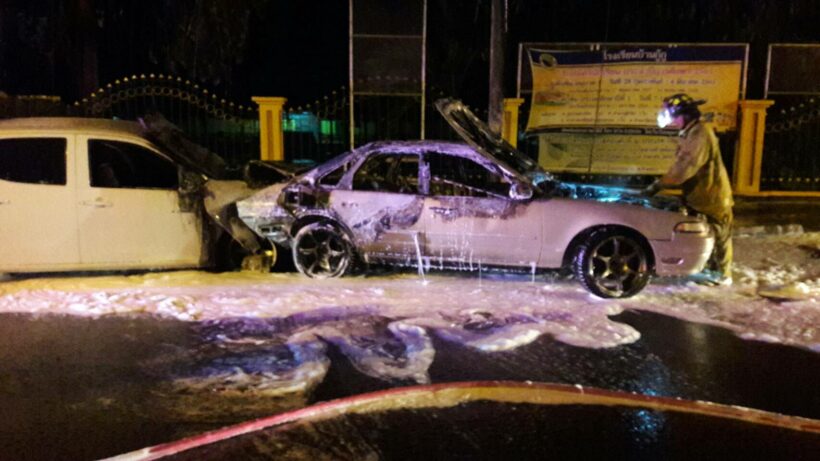 Officials of the Phuket Department of Disaster Prevention and Mitigation in Rassada were notified of an incident in front of Baan Kuku School in Rassada on Thursday (May 17) at 5am.

Firefighters with three fire trucks arrived at the scene to find a Nissan car ablaze. Behind the Nissan police found an Isuzu pickup truck. Official at the Phuket Provincial Electricity Authority (PEA) were called to shut off electricity as electric wires and cabling had been brought down from the collision.

It took 20 minutes to bring the fire under control. The car was totally destroyed whilst the pickup truck’s front end was badly damaged.

Forensic police are investigating the incident and inspecting the damaged vehicles.

Similar incident has happened on the same day where three people escaped from a Toyota after a spontaneous fire in their vehicle.

Army denies orders to shoot down drones in South