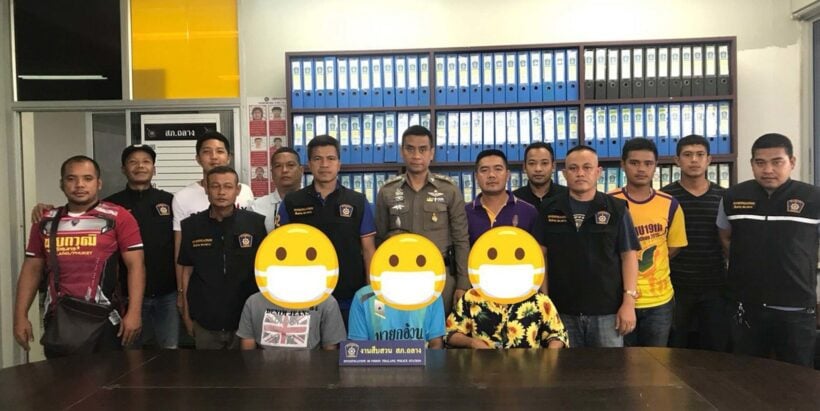 A team of Phuket police and soldiers have arrested 18 year old Wiwat Singkaha, 19 year old Purachart Jitchamnan and a 52 year old woman known as ‘One’. Wiwat and Purachart were arrested at different houses in Mai Khao while ‘One’ was arrested at a house in Sakoo.

Wiwat and Purachart  were charged with arson while ‘One’ was charged with ‘instigation’, or by any other means, causing another person to commit arson. They were all taken to Thalang Police Station to face legal action.

The arrest came after police were notified on April 30 at 11.30pm that suspects burned a pickup truck which had been parked at a house in Eakkachai Villa in Srisoonthorn.

Following the investigation and checks by police of local CCTV footage, mobile phone record-tracking and from other evidence,  police knew who the three suspects were. The arrested warrants for them were issued by the Phuket Provincial Court on Tuesday May 15.

Police are now continuing their investigation to find a motive for these suspects to commit the crime.