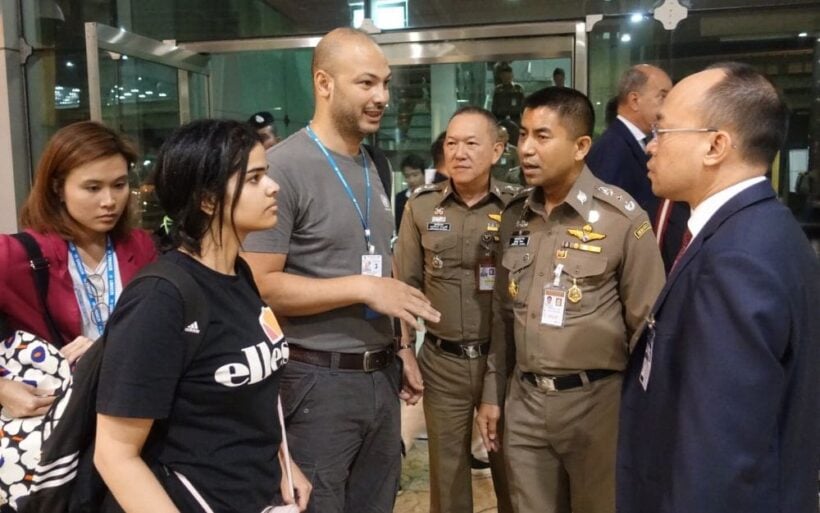 A Saudi teenager who flew to Thailand to escape her family in Kuwait will be allowed to stay in the country for now.

Thai officials ended up in diplomatic hot water yesterday after government officials initially said they planned to deport a Saudi teenager who was stopped in Bangkok, en route to Australia to seek asylum, drawing objections from the international community, netizens  and rights advocates.

Deputy PM Prawit Wongsuwan spoke about the matter insisted that 18 year old Rahaf Mohanned al-Qunun had to be sent back to her family despite her claims that they had abused her and would kill her when she returned.

Immigration chief Surachate Hakparn initially agreed but later said at a press conference that al-Qunun would not be forcibly deported after all.

“If deporting her would result in her death, we definitely wouldn’t want to do that.”

Al-Qunun was detained on Saturday during transit at Suvarnabhumi Airport, Surachate claiming she had no visa to enter Thailand. Al-Qunan told rights groups and reporters that a representative of the Saudi embassy in Bangkok had intercepted her at the airport and seized her passport.

The teenager said she wanted to avoid a forced marriage arranged by her family, whom she accused of physical and psychological abuse. She departed from Kuwait, bound for Australia, while the family were travelling.

She said she was “100 per cent sure” her family would kill her if she was sent back.

The Nation reports that Thai-Saudi relations have been strained ever since a major ruction over a Thai migrant worker’s theft of a diamond from the Saudi royal palace and the assassinations of Saudi diplomats in Bangkok in 1989-1990. Several attempts have since been made to normalise relations, none successful.

Foreign Ministry spokesperson Busadee Santipitaks said the ministry had no advance notice of plans to turn back al-Qunun.

“The case is under the jurisdiction of the Immigration Bureau under the 1979 Immigration Act,” she said. “This action was taken according to the law and related regulations.”

Having barricaded herself in a hotel room at the airport, al-Qunun has been keeping followers updated about her situation via tweets, videos and interviews with foreign media outlets. The Twitter account, which appears to be managed by more than one person, has issued appeals to foreign diplomats for help, as well as to US President Donald Trump.

In one video posted last night from her hotel room, she refused to leave her room until she could meet with representatives of the UN High Commission for Refugees. Photos tweeted showed a mattress jammed up against the room’s main door, blocking entrance.

UNHCR spokesperson Caroline Gluck told The Nation that access had been granted to the agency to assess al-Qunun’s need for its protection. After the two hour meeting, the teenager left the airport hotel under the care of UN. She was allowed to stay in Thailand for five days while the UN was considering her asylum request, said immigration chief Surachate.

The agency maintains that refugees and asylum seekers – whether confirmed to be in need of its protection or claiming to need it – cannot legally be returned to their countries of origin, the UNHRC said in a statement, citing the principle of “non-refoulement”.

The principle prevents states from expelling or returning persons to a territory where their life or freedom would be threatened. It is enshrined in treaty obligations to which Thailand is a signatory. 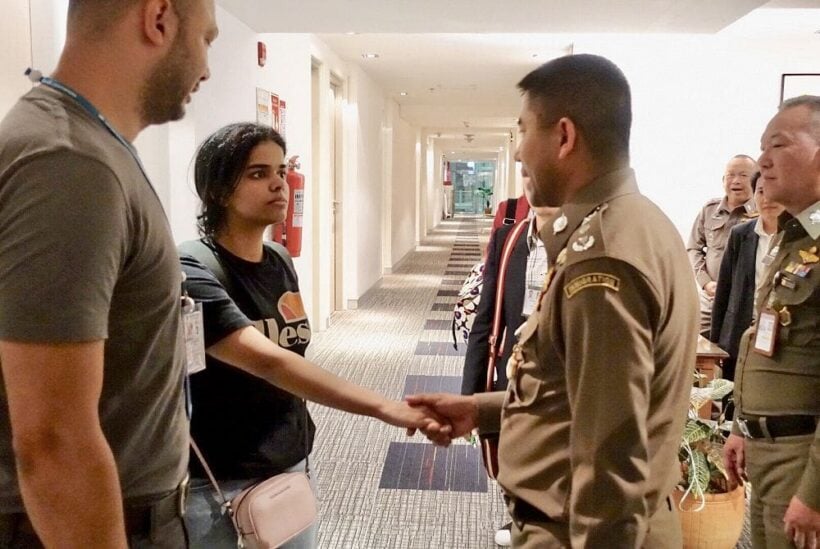