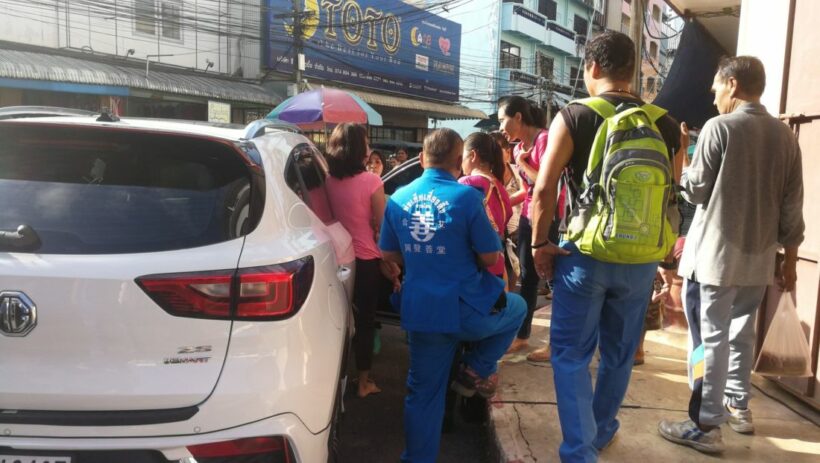 Locals who tried to help a one year old baby who has was locked inside an SUV are being blamed as the mother claims they have caused scratches and damage to her car.

Gimyong News is reporting that the incident happened at 7.30am today in Hat Yai Songkhla.

A one year old girl was stuck inside a SUV after the mother switched off the engine and left her sedan’s remote electronic key inside. The SUV locked itself with the cild inside and the mother outside.

Rescue workers, police and locals were trying to help open the SUV to get the young girl out. They recommended the mother to break the SUV’s glass but she refused their offer. It took about an hour before the car company arrived to unlock it. The girl was safe.

The mother said she was disappointed and blamed rescue efforts for some scratches on her SUV. She is demanding someone take responsibility of her damaged SUV.