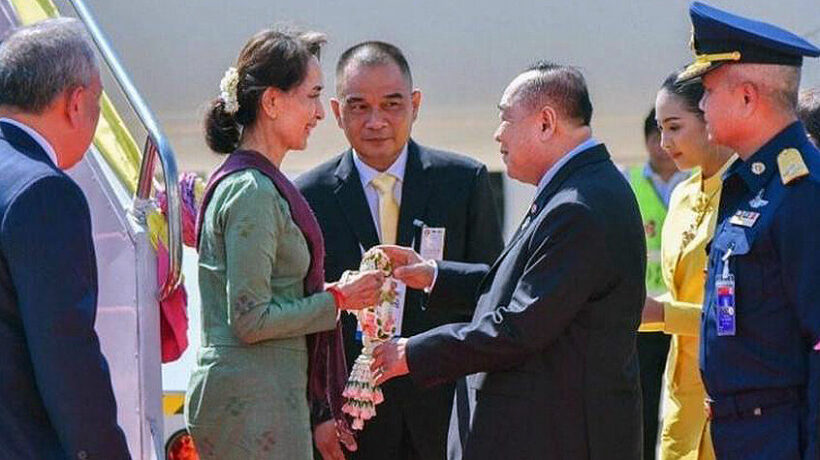 Myanmar’s military have seized power in a bloodless coup this morning. The elected NLD party, led by Aung San Suu Kyi, has been deposed following months of tense speculation by Burmese army leaders over alleged voter fraud after last November’s general election. Out of 476 seats up for grabs in last November’s general election, the military backed party only won 33 seats.

State Counsellor Suu Kyi, the de-facto leader of the country before today, has been arrested, along with other senior NLD politicians, in the lead up to today’s coup.

In Thailand, also a military government, turned quasi-democracy following the March 2019 election, the response has been generally accepting of the seizure of power, certainly without any condemnation of the Burmese army’s actions. Thai Deputy PM Gen Prawit Wongsuwan said the issue was “for Myanmar to resolve and an internal affair of the country”.

He stated that it was “an internal, personal affair of Myanmar and not Thailand’s direct issue”.

But Gen Prawit did express concern of Burmese people potentially fleeing the country illegally and crossing Thailand’s 2,500 kilometre long shared border, “who could have Covid-19 and spread the disease to North Thailand”.

He stated that meetings would take place with relevant agencies on how to ensure the borders would stay secure and that the Covid-19 Coronavirus was not possibly spread further.

Read about the arrests this morning of the former Myanmar government’s leaders HERE.