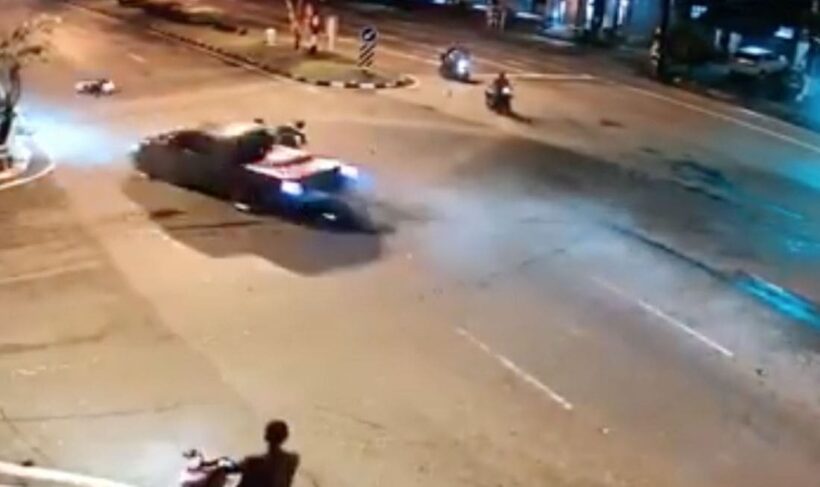 PHOTO: The pursued pickup slams through motorcyclists at a traffic light in Rassada.

Seven Phuket police today have been called to acknowledge the charge of intent to murder. More evidence has also been collected.

At the Cherng Talay Police station today a team of investigators, including police, prosecutors and representative from the lawyers council, have spoken to the seven police.

They have all been questioned after having been charged with intent to murder over the shooting death of Chisanupong  Krueajan. The body of a man, identified as 29 year old Chisanupong  Krueajan from Phuket, was found in the driver seat of the pickup after police shot him in Cherng Talay after they were able to stop his car. Police claimed at the time that the man had attempted to pull a gun on them. Police shot first, killing him.

Meantime, the Phuket City Police have collected more evidence at the intersection near the Phuket Bus Terminal 2 on Thapkrasattri Road, where the pickup truck ran over two motorbikes after fleeing police. Three people were injured when the pickup, driven by the deceased man, ran through the bikes at a traffic light trying to escape police after he’d ran a checkpoint in Rassada.