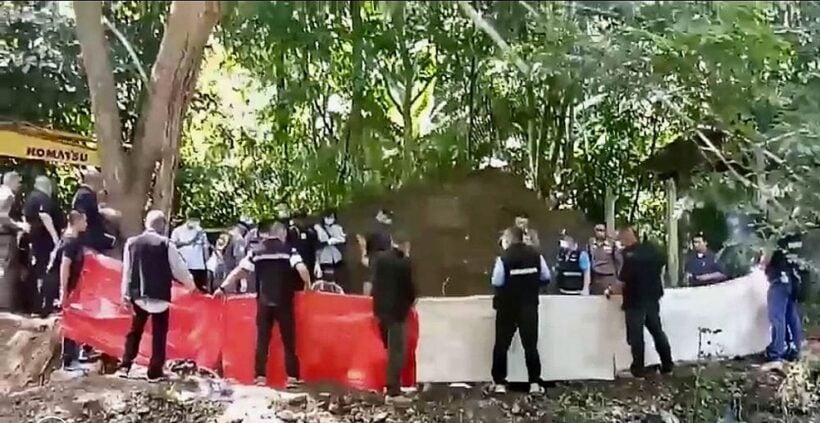 The bodies of a Briton and his Thai wife were found buried over 2 metres deep in the garden of their property in Phrae Muang district today after they went missing on September 19.

The Nation is reporting that the bodies of 64 year old Alan Scott Hogg and 61 year old Nott Sudaen were found buried beside a creek on their land in Moo 6 in Tambon Chor Hae.

The authorities had earlier dug to a lesser depth on the same spot two days after the couple’s friend told police she could not contact them. Police and rescue workers dug the same spot again this morning and found their bodies lying in water seeping from the creek.

The second dig took place after police traced the couple’s pickup truck and found a Lao livestock vendor, who lives in Thailand, had bought it. The Lao man said he bought the pickup from three men on September 21.

Police traced the story and arrested the three buyers, who police say confessed to murdering the couple on the orders of Nott’s brother, Warut Wattanasajjakit, who lived next door to the couple.

The three alleged killers said they shot dead the Briton in front of his duck pen and killed the wife with a hammer in front of the garage. They used a mini bulldozer belonging to the couple to bury them by the creek.

The bodies have been sent for post-mortem at Phrae Hospital.

Police arrested Warut and charged him with masterminding the double murders.

Three men have confessed, one remains on the run – murder of Phrae married couple