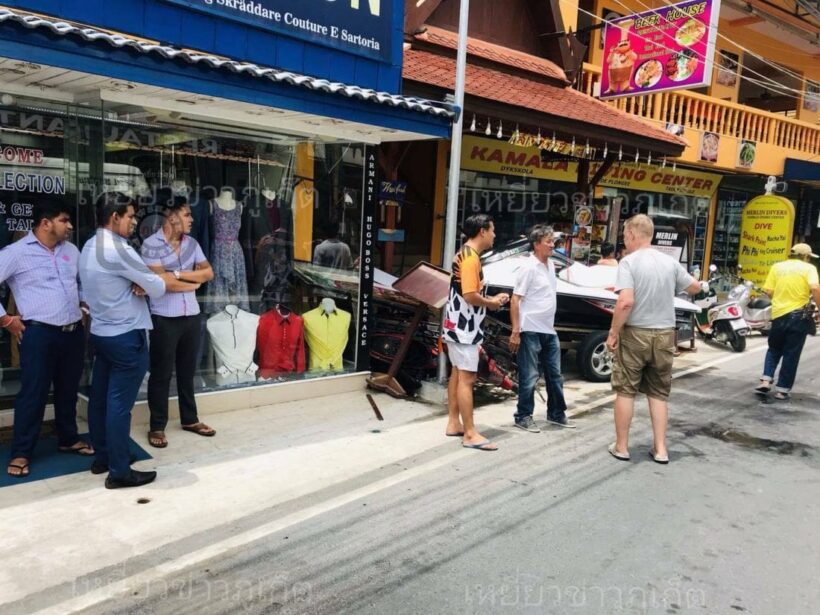 Not often we get to write this headline… “JetSki crashes into shop in Kamala”.

The jetski was being towed by a Saleng (motorcycle and side-car) through the streets of Kamala this afternoon when, for reasons we don’t yet (probably brake failure), the whole shebang went AWOL and ended up running into the front window of some tourist shops.

The jetskis are a common sight going through the backroads of the various west-coast shopping areas at the start and end of each day, on their way to the beach to hire to tourists, usually in a convoy with the jetski staff riding shotgun on top.

This time it was a lone JetSki, being towed by a saleng, that somehow veered off the street and into the roadside Kamala shops. 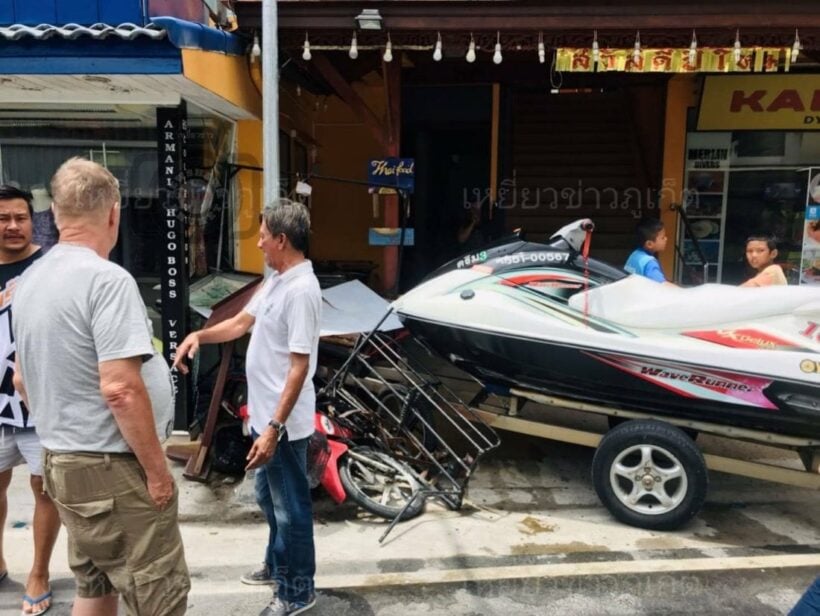 Police are searching for a man who allegedly pulled out a gun and stole 119 gold necklaces worth more than 1.9 million baht from a Tesco Lotus gold shop in the Isaan province Nakhon Ratchasima’s Non Thai district.

The man allegedly pulled out a gun and yelled at the Yaowarat Krungthep gold shop staff to get down on the floor. He then allegedly climbed over the counter, opened the display cabinets and grabbed dozens of gold necklaces. Police say he then took off on a motorcycle.

Gold shop employees told police that the man was wearing a yellow hoodie, red pants and a purple face mask. An employee at the scene said the man held a gun and ordered him to lie on the ground.

“The robber then jumped over the display cabinets and grabbed several gold necklaces before fleeing on a motorcycle, which had no license plate.” 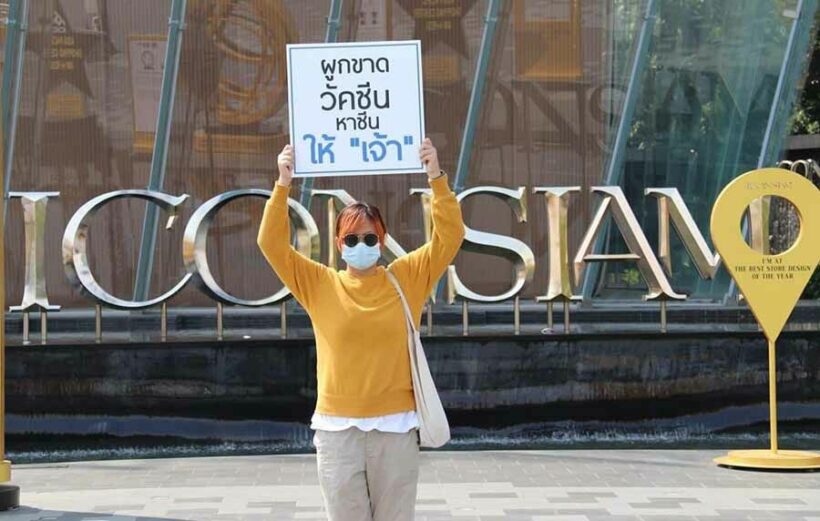