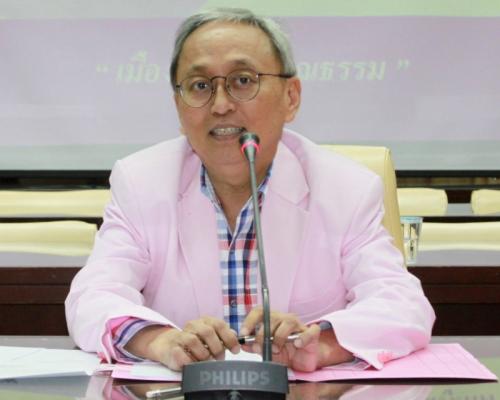 The news comes as the annual monsoon winds from the northeast swing around to start bringing rain from the southwest.

“We will support all projects from every local administration,” said Mr Paiboon.

“The budget is ready to be allocated to finalized projects in each local area. Patong Municipality has already prepared its plan and will be the first to receive financial support,” he added.

Mr Paiboon explained that the Patong project was to install a floodgate along the Pak Bang Canal to prevent floods at high tide.

Other projects included widening and reinforcing the banks of the Bang Yai Canal in Phuket City; dredging canals in Koh Kaew; and upgrading the storm drains from the Chao Fa Thani housing estate in Chalong.

In the north of the island, work will begin on upgrading the canals in the Baan Don area in Thepkrasattri subdistrict, Mr Paiboon added.

“We will never ignore these problems. We will a set a meeting at a later date to follow up on the results of the projects,” he said.