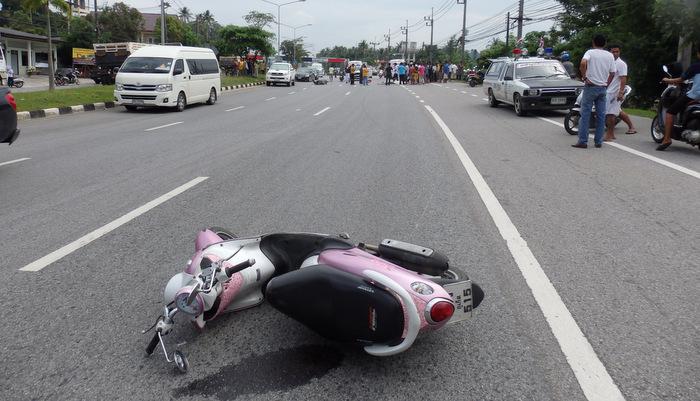 PHUKET: After four days of the Songkran Seven Days of Danger national road safety campaign, Phuket’s death and injury toll stands at one dead and 17 people injured in 17 accidents.

Five accidents which resulted in five people being admitted to hospital for treatment of injuries occurred in the 24 hours ending at midnight last night, the Department of Disaster Prevention and Mitigation Phuket office (DDPM-Phuket) reported this morning.

Phuket’s sole road fatality was Nannika Boonchorn, 27, from Chaiyaphum, who died in a high-speed head-on collision with a motorcycle with a sidecar on Sunday (story here).

Her blood alcohol concentration was recorded at 0.268 BAC, the DDPM-Phuket noted today.

Last year the Phuket Seven Days of Danger road safety campaign ended with the official tally of zero deaths. However, one man injured in an accident during the seven days died after the reporting period had closed (story here).