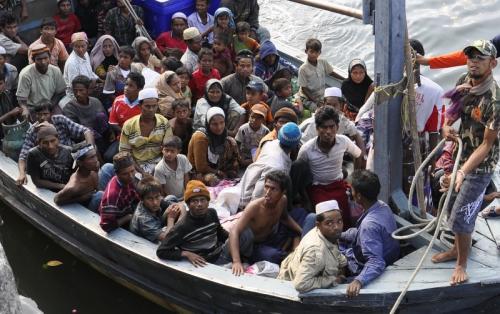 PHUKET: A newborn baby just eight days old was among the boatload of Rohingya refugees who made landfall yesterday in the Surin Islands archipelago, in Phang Nga province, to the north of Phuket.

“Two of the women were pregnant and 11 of the men were sick,” said Chief Manit.

The newborn baby had skin problems and was taken to Khura Buri Hospital.

The refugees are currently being accommodated at the Khura Buri Shelter, but Chief Manit pleaded for help.

“More than 500 Rohingya have arrived in Phang Nga in just one month. We cannot accommodate them, and have to move them to other areas.

“We need the support and help of the government to solve this problem,” he explained.