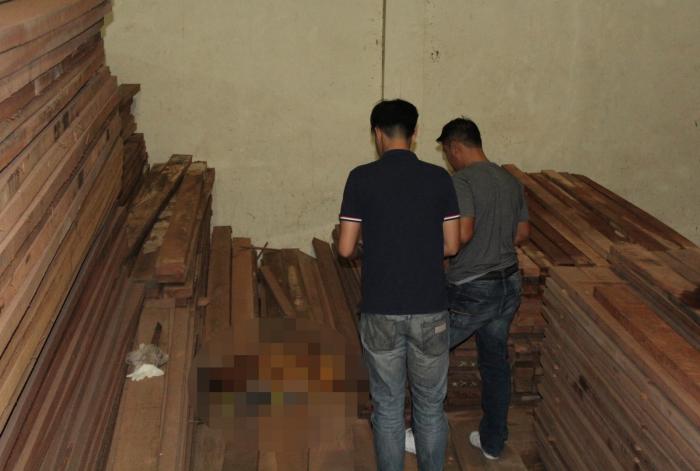 PHUKET: Phuket City Police are searching for two unidentified men, believed to be Myanmar nationals, who stabbed another Burmese man to death on his first day of work at a wood factory on the bypass road last night.

The police received reports of the stabbing from staff at the factory at about 7pm.

“Ar Naing, 42, was sprawled face-up over some wooden planks, with multiple stab wounds on his body,” confirmed Pol Lt Ronnaphum Permpoon. “There were cuts on his back and left arm, and blood all over the floor.”

“Factory staff told us that Mr Ar had just been hired to carry wood and this was his first day on the job. The suspects reportedly arrived on a motorbike and parked nearby,” said Lt Ronnaphum.

The staff told police that the men entered the shop, stabbed Mr Ar twice, and immediately fled the scene.

“We believe that the men knew each other and had had an argument, which ended in Mr Ar’s death,” said Lt Ronnaphum.