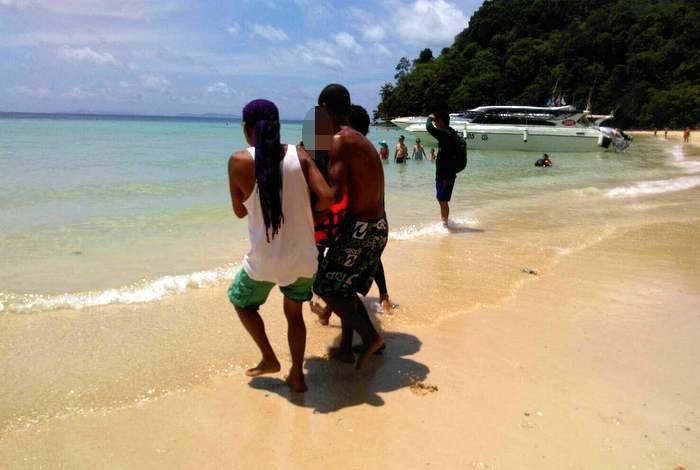 Krabi tourist police reported that 67-year-old Hongzhu Tang, a Chinese national, was swimming with a life vest at Loh Mu Di Beach when he reportedly cried out in distress.

“Mr Tang was part of a Garden Hill Company tour group, which included 21 adults and 5 children, and was being overseen by an 18-year-old captain and three crew members,” said Krabi Tourist Police Colonel Attapong Sanjaiwut.

Col Attapong told the Phuket Gazette that Teerawat Changnam, the captain of the boat, said the tourist went into the water about 11am with his life jacket on. Shortly afterward, Mr Tang cried out for help and was retrieved unconscious.

Mr Teerawat said crew members attempted to resuscitate Mr Tang before he was sent to Phi Phi Hospital, where he died.

A medical examiner at the hospital confirmed that Mr Tang had died of “personal health complications”, but refused to elaborate further.

“There is currently no information as to who Mr Tang was travelling with. However we’ve informed the Chinese Consulate,” Col Attapong said.