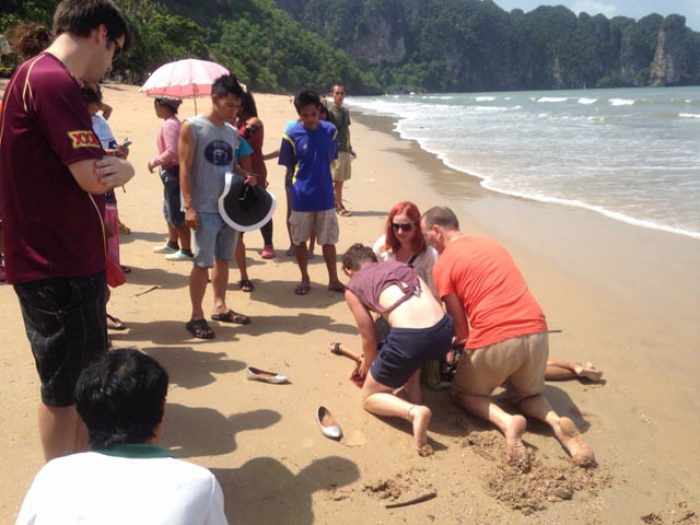 PHUKET: A tourist was pronounced dead on arrival at Krabi Hospital yesterday after other tourists found her unconscious on Ao Nang Beach with waves washing over her body.

Thidarat Roh, 37, from Yasothon province in Northeastern Thailand, was sunbathing by herself when the tide came in and washed over her, witnesses told Lt Pithak Wongdet of Krabi City Police.

“Beachgoers recognized that something was wrong when Ms Thidarat did not move even when the waves started washing over her,” explained Lt Pithak.

“The tourists ran over to check on her, but she was unconscious.”

As the tourists were unable to determine that Ms Thidarat was breathing or find a pulse, one of them started administering CPR while another called for an ambulance, Lt Pithak explained.

However, Ms Thidarat was pronounced dead on arrival at Krabi Hospital.

“Police are now waiting for doctors to determine the cause of death,” said Lt Pithak.