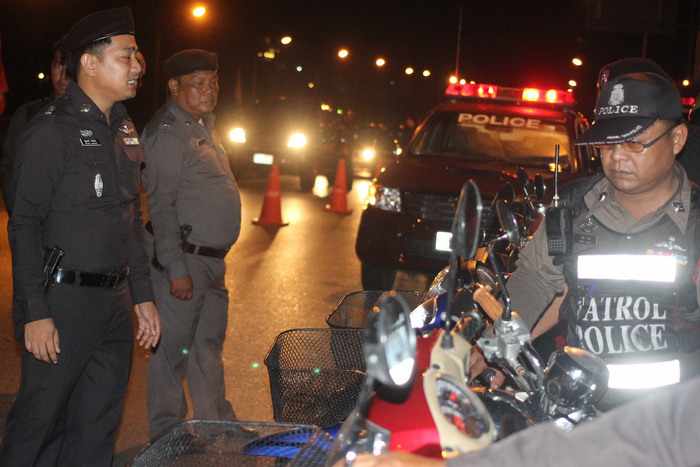 PHUKET: A late-night teenage motorcycle race was nipped in the bud last night after local residents tipped off Phuket City Police after reading about the event in a Facebook post.

“Local residents called yesterday afternoon and told officers about a race that was planned – as advertised on Facebook – for 10pm last night,” said Maj Rattaket Munmuang of the Phuket City Police.

“We sent 60 officers to patrol various points of the road at about 9pm. We set up one patrol at the Bang Ku Intersection, one at the Outlet Mall on the bypass road and a checkpoint before the traffic lights at the Tesco Lotus intersection.”

At about 10pm, it started raining, said Maj Rattaket, so the officers at Bang Ku Intersection went back to the station while officers at the mall and Tesco Lotus stood by in case the teenagers showed up.

“Finally, at about midnight, officers stationed at the Outlet Mall saw a group of young motorcyclists speeding down the bypass road heading southbound, so they alerted officers at the Lotus checkpoint,” said Maj Rattaket.

Police were ready and waiting when the group arrived.

“We arrested 22 teenagers between the ages of 15-18 years old; 21 males and one female. Some turned around when they saw the checkpoint ahead, and we are continuing to search for them,” said Maj Rattaket.

“All of the teens were taken to the Phuket City Police Station. The parents were notified of the incident and the children were charged with racing on a public road.”

The underage teenagers will be handled by the juvenile court, he added.

Police declined to name any of the suspects.