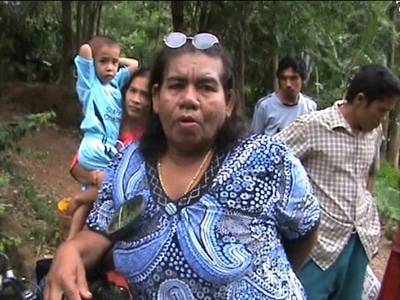 PHUKET: More than 20 families of Baan Klong Jak on Koh Lanta Noi, in Krabi have repeated their plea for their village to be provided mains supply electricity.

Although a new road to the village was cut through the jungle two years ago, the community still lacks electricity, and continues to be dependent on oil lamps for lighting, as it has for over 20 years.

“We have been asking for electricity for more than 20 years,” said 58-year-old Wanna Lieamkaew.

“Every organization ignores us. At night, the children have to study by oil lamp light or candlelight,” she said.

The residents said they filed complaints to the Koh Lanta Noi Tambon Administrative Organization (OrBorTor), but never received a response.

However, Bon Jamsai, President of the Koh Lanta Noi OrBorTor, told the Phuket Gazette, “We contacted the Krabi Provincial Electricity Authority [PEA], but they said that installing power cables to supply each house in the community would cost more than 3 million baht.

“They explained that they are restricted to allocating budgets to a maximum of 50,000 baht per household,” he explained.

With the Baan Klong Jak community comprising only 20 homes, the Krabi PEA can allocate a maximum budget of only 1mn baht to install power cables to the village.

“Therefore, the Koh Lanta Noi OrBorTor has to provide the rest of the money, which is why the help is so slow in coming,” Mr Bon said.

“However, I will try my best to deal with this problem. Hopefully by 2014 the Krabi PEA will be able to supply electricity to the community,” he added.