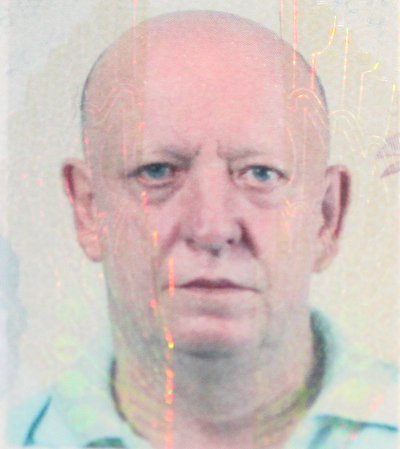 PHUKET: Staff at Vachira Phuket Hospital are awaiting instructions from the British Embassy in Bangkok regarding what to do with the body of a British national who was found dead in his rented room in Chalong two weeks ago.

The body of Michael David Leo, 59, was discovered on the bed of his accommodation near Chalong Pier on the night on June 20.

However, Chalong Police said Mr Leo’s body is still being held at Vachira Phuket Hospital, where staff are awaiting instructions based on the wishes of the late Mr Leo’s relatives back in the UK.

Police recovered two notes near the body. In one, the London-born Mr Leo made it plain he intended to take his own life in order to end physical suffering from an unspecified physical condition. The note reads as follows:

“To whomever finds me,I am sorry to do this but I can’t take the pain in my body anymore. Better for me to die now than to suffer the pain anymore. I want to say sorry to everyone who help[ed] me before and took care of me. Please cremate me and scatter the ashes in the road in front of A.P. Bar and ATM2. That way, I will not leave Thailand. Please do not send my body back to England. Thai people show me how to live a good life and I am happy to live here for 5 years. I have never met such beautiful people with such good hearts.Please forgive me,DaveI love Thailand”

The second note, addressed to a Thai woman, was also recovered.

No valuables were found in the room, but police recovered two passports issued to Mr Leo along with some clothes and two 10-tablet packages of the drug Alprazolam. One package was empty.

Alprazolam (trade name Xanax) is a restricted drug in the benzodiazepine group that in Thailand is available by prescription only. Although those caught in possession are subject to arrest, the drug is sold over-the counter by some pharmacies in Phuket, especially in areas popular with tourists.

Despite the notes and the prescription drugs found in the room, police said that an initial examination of the body by doctors failed to confirm the exact cause of death.

A source at the British Embassy confirmed that the late Mr Leo’s relatives in the UK were aware of his passing.

Meanwhile, doctors at Vachira Phuket are awaiting his relatives’ decision as to whether his body should be sent out of Phuket for autopsy or cremated according to Mr Leo’s last wishes.