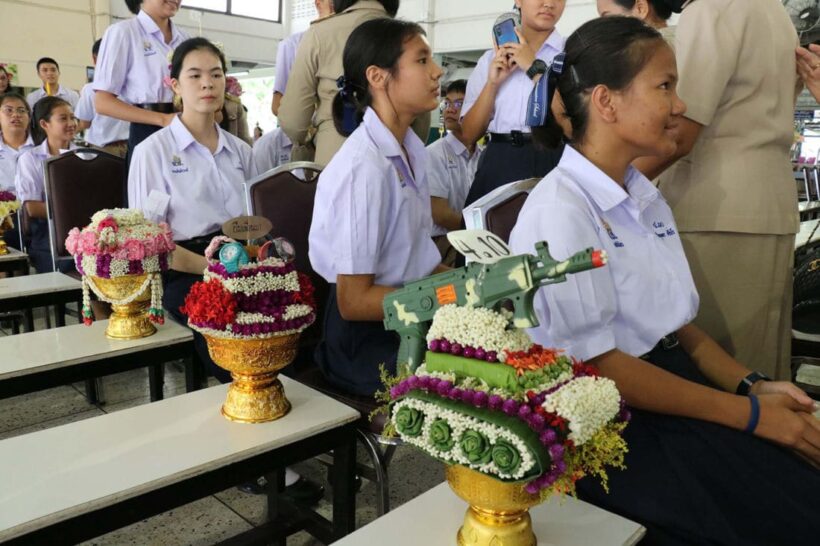 At a north-east school, and another in Phitsanulok last week, secondary students used the Wai Khru tradition to design the floral offerings given to teachers with an anti-junta theme. The soft protest from students drew criticism from conservatives, including the deputy PM Prawit Wongsuwan. The Nation have penned this response…

No one can be surprised that Deputy PM Prawit was unnerved by children’s free expression during semester-opening ceremonies.

Read The Thaiger story about the incident HERE.

Those who fear the free expression of children also fear the future. Deputy Prime Minister Prawit Wongsuwan was among “respected elders” unnerved last week by the political views expressed in pedestals designed by high school students.

Students across the country, from northeastern Nong Khai province to Phitsanulok and southern Trang, were paying respect to their teachers by displaying independent thought in ceremonies to mark the start of the semester.

Traditionally, each student prepares a display of joss stick, candle and flowers, while each class creates a pedestal tray to place before their teacher.

This year, many of the pedestal trays drew their themes from political events – including the scandal over Prawit’s multimillion-baht luxury watch collection.

Read the rest of the editorial from The Nation HERE. 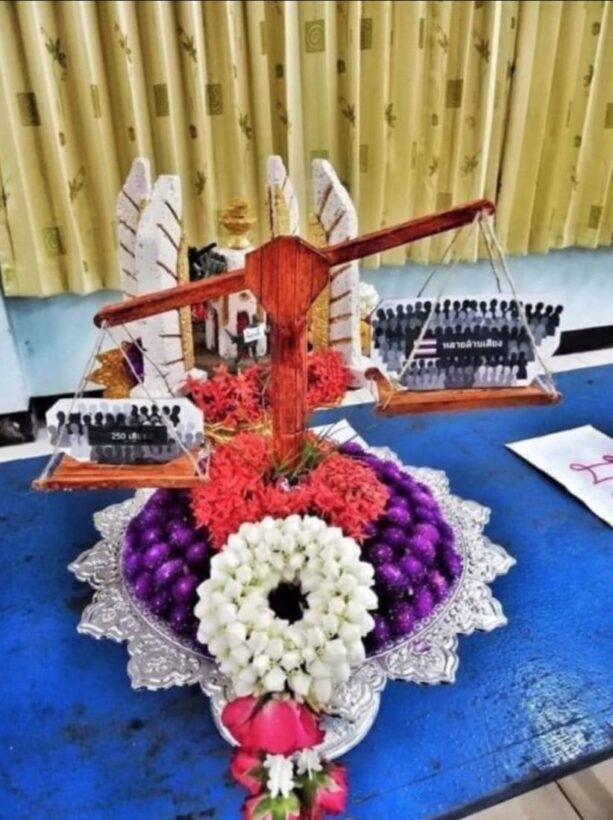 Poll – Will the Thai Baht rise or fall (compared to other currencies)?

Wai Khru – setting a bad example for the future. Thailand’s demand for respect from its young