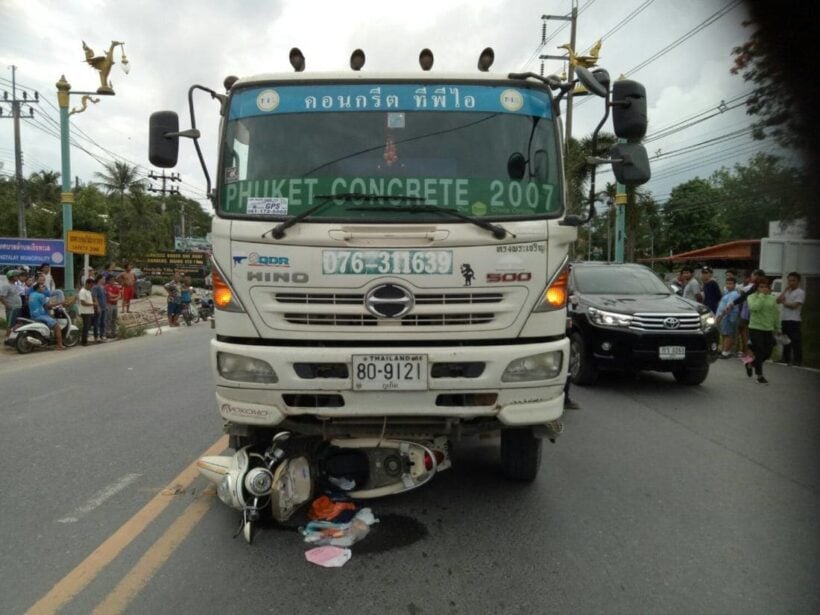 A cement truck driver has been charged with reckless driving causing death after a motorbike driver died at the scene after being run over by the cement truck in Thalang yesterday afternoon.

The Thalang Police were notified of the incident at 5.10pm on Srisoonthorn Road in Thalang, central Phuket.

Police and emergency responders arrived to find a cement truck in the middle of the road. A damaged motorbike was found under the truck. The body of 40 year old Danai Srikaewheaw was also found crushed under the truck. His body was taken to the Thalang Hospital.

Witnesses told police that the cement truck collided with the motorbike. The motorbike was knocked over and the driver bounced off and ended up being run over by the truck. 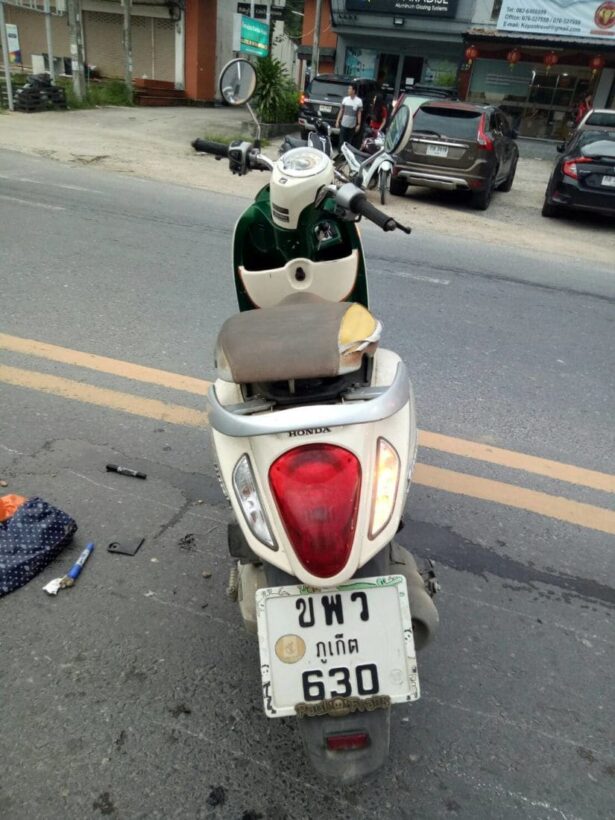 Motorbike driver dies after colliding with taxi in Thalang, Phuket