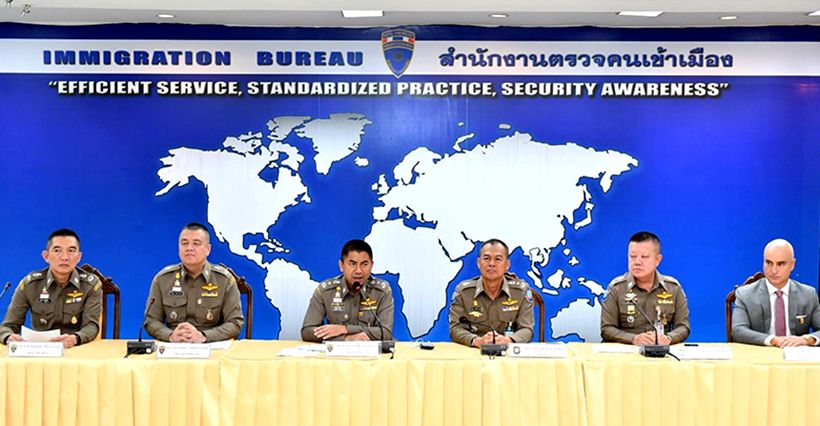 Swedish authorities have already annulled both of the two men’s passports and requested their extradition.

We’d like to confirm that Thailand’s vaccination strategy is based on ensuring accessibility to all those who require it, regardless of their nationality.

A Ministry for Public Health spokesperson had recently told the Bangkok Post that doses are currently reserved for Thais who are at high risk of infection or who are living in an area where there is a severe outbreak. He said foreigners need to wait until there is a clear vaccine policy announced by the government.

The CCSA spokesperson says comments made on the vaccinations for foreigners were “taken out of context in the media.”

Due to the limited number of doses, Thai health officials had to prioritize the doses, first vaccinating those at risk including frontline healthcare workers, the elderly, and those living in areas where there is a severe outbreak. The spokesperson says foreigners, including migrant workers and migrant health volunteers, have been included in the first phase of vaccinations which started at the end of February and will go until the end of May.

The next phase will include the diplomatic community and international orginasations as well as foreign residents depending on the their level of risk. Officials are also working on a system for foreigners to register for the vaccine, discussing whether to have a mobile application or to just have foreign residents contact hospitals directly for a vaccine.

Phuket and Koh Samui, tourist destinations that have been said are of “economic significance,” have moved up in Thailand’s Covid-19 immunisation plan with an accelerated rollout of vaccinations in an effort to reach herd immunity and reopen to foreign tourists.

Some expats who work as English teachers on the islands say they’ve already been injected with the vaccine. One expat told the Thaiger he has received both doses of the Sinovac vaccine. The school helped with the registration process for both injections and he was vaccinated for free.

In Phuket, expats working in the province will be able to register for the Covid-19 vaccine starting on May 11, according to a report from The Phuket News. Foreigners must have a valid work permit to be eligible for the vaccine and human resources staff must register the foreign workers under the name of the company. Expats who do not work for a company in Phuket will have to wait for the next phase of registration, according to the report. 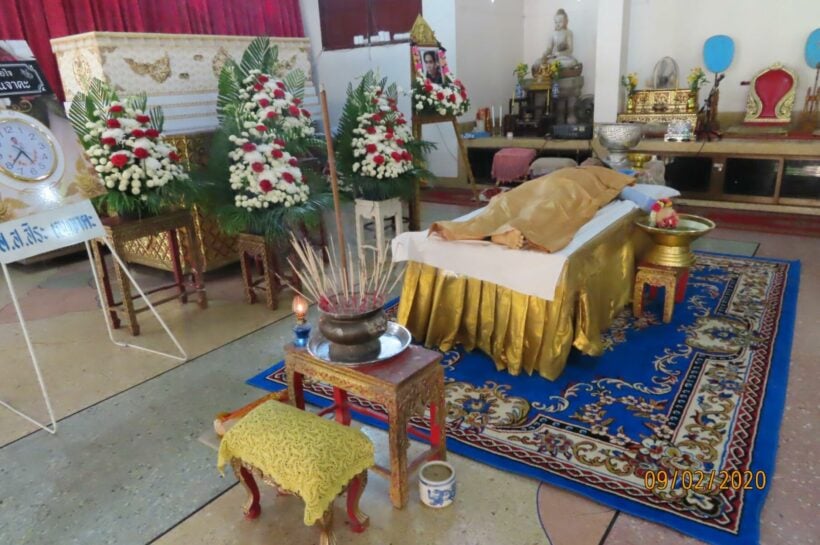 Traditional funerals in Thailand last several days with ceremonies and mourning before the eventual cremation of the lost loved one. But with the rising death toll of Covid-19, funeral ceremonies have needed to be revised and shortened for the safety of attendees. With infections in Thailand catapulting from 29,000 in early April to 74,900 as of yesterday, funerals have to adapt to account for not only handling the remains of someone who died from Covid-19 but also infected mourners attending the funerals.

Traditional Buddhist funerals involve family members, friends, and often the local community joining together to offer condolences, pray, share meals, and view the body, placing flowers on the dead loved one before they are moved into an incinerator for cremation. Family members often sleep in the temple where the ceremony takes place, staying on-site for several days. But in the Covid-19 era, services need to be shortened and socially distanced, with family members that do come close to the dead body requiring disinfection and possibly isolation afterwards. Volunteers in full PPE protection gear often remove the casket from an ambulance moving it straight to the crematorium rather than allowing it to lie in repose first.

Siam-Nonthaburi Foundation is a volunteer group that is assisting people to conduct safe funeral services for those who may be unable to afford them. They work with the Nontha Buri temple of Wat Rat Prakong Tham just outside of central Bangkok to arrange free cremation services. Foundation officials pointed out they’re often handling 4 funerals per day because of Covid-19 when they usually only conduct 1 each day. They have to take severe Covid-19 precautions as it is a high-risk endeavour.

After assisting with many funerals and helping with Covid-19 safety, they advised maximum caution especially with older family members as the majority of the funerals they conduct were for the elderly.

Thailand has now had 315 death from Covid-19, with the third wave spreading faster and deadlier due to the B.117 variant that first appeared in evening entertainment venues in Bangkok and other hot spots. Yesterday the first recorded infection with the Brazilian variant was identified in Thailand, but in an arriving passenger who went into immediate quarantine, so there is hope that the strain has not made it into any communities yet.

With a difficult-to-control Covid-19 pandemic and Thai funeral traditions bringing people in close proximity to each other and to the deceased, precautions and revision of tradition has been necessary to speed services into the cremation process far more quickly.

There are now 29,680 active cases. 1,073 patients are in critical condition including 356 on ventilators. The majority of the recent deaths were elderly patients. 12 of the 18 patients who died had contracted the virus from family members. A spokesperson for the CCSA says it’s important that family members be extra cautious around grandparents and elderly relatives who are the most at risk of infection. 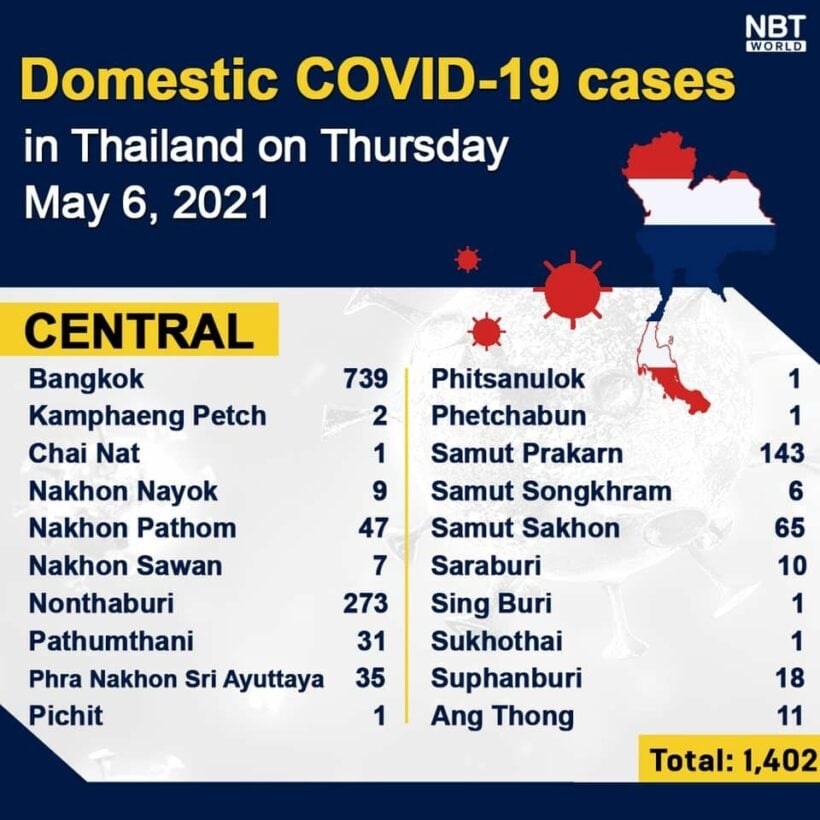 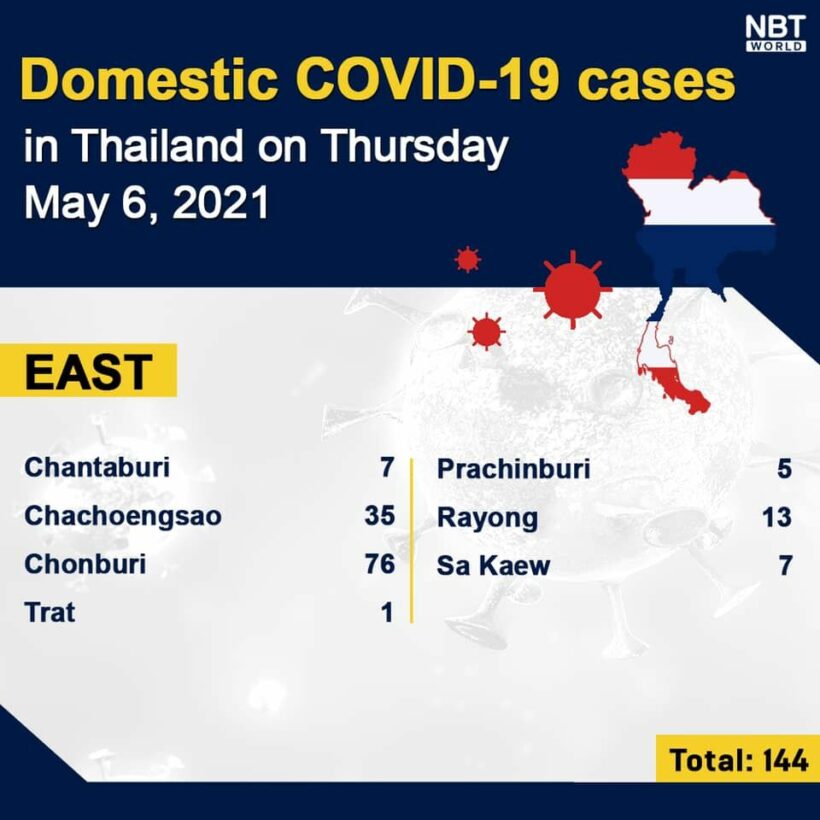 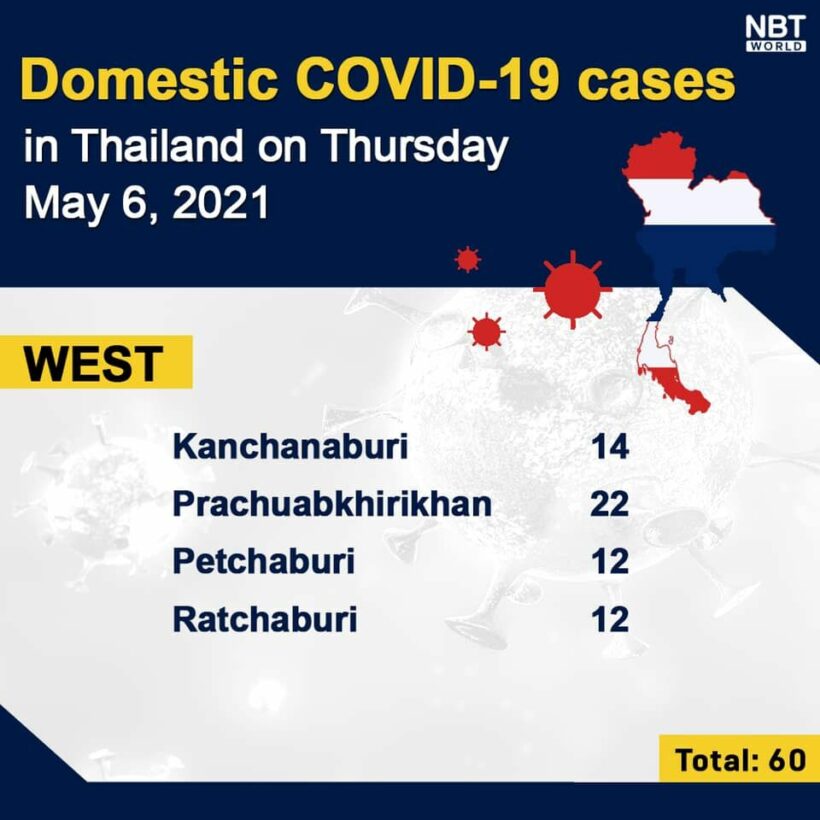 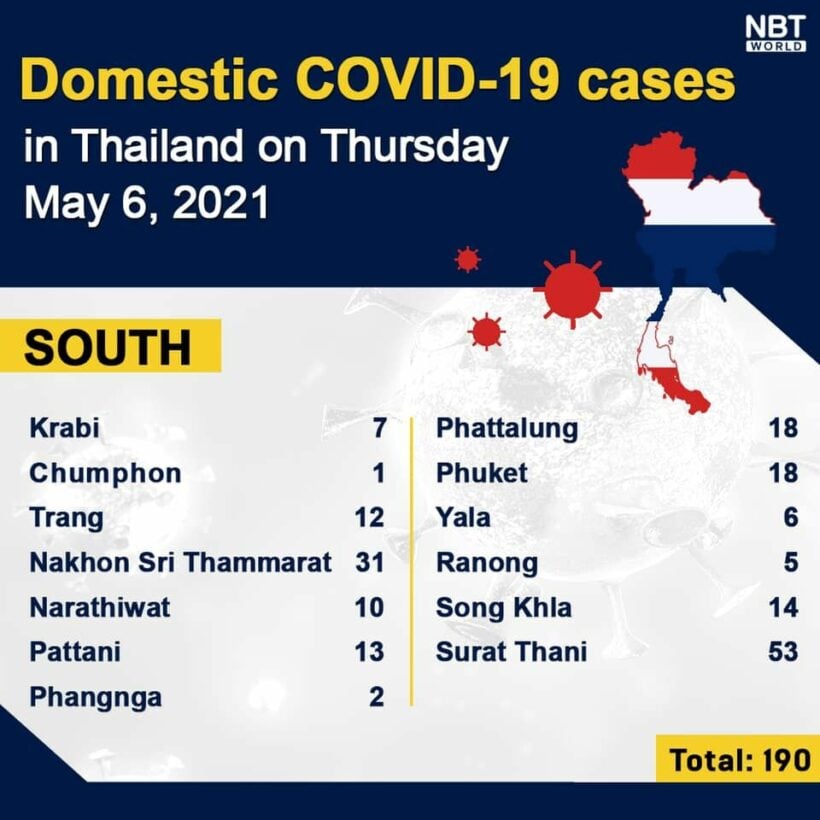