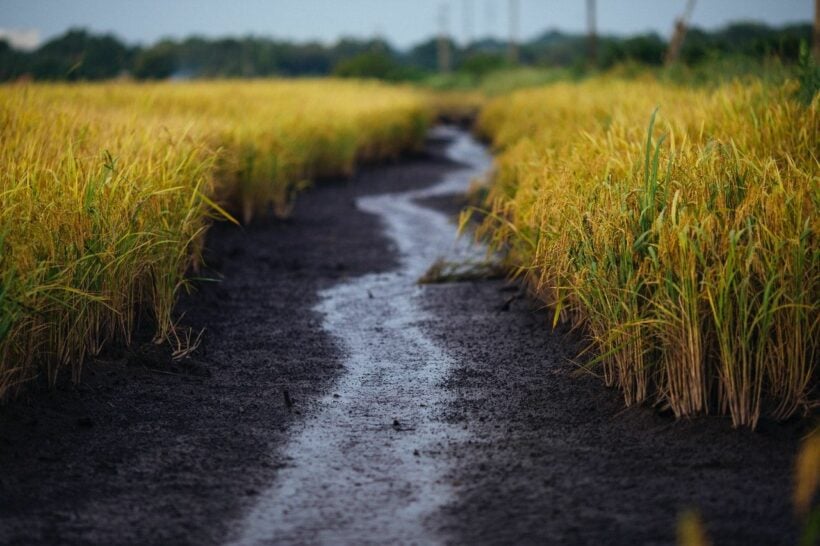 A man’s tied up body has been found in a rice field early this morning in the Nong Bua district of Nakhon Sawan, an upper central province in Thailand.

A Nong Bua police officer says the discovery was reported at 8am near the Moo 2 village in tambon Wang Bo. The deceased man is thought to be aged 40 – 45 years old and was found wearing only a pair of shorts.  He was tied up by the ankles and hands with his neck wrapped in a piece of cloth. Preliminary examinations indicate he is thought to have died at least 7 hours before his body was discovered.

No identification documents were found on the man’s body, except a lighter. The owner of the rice field, 53 year old Sommai Thongthae, says he found the body in a sack. He says he immediately informed the village head and the police.  According to villagers, the man was not part of the community.