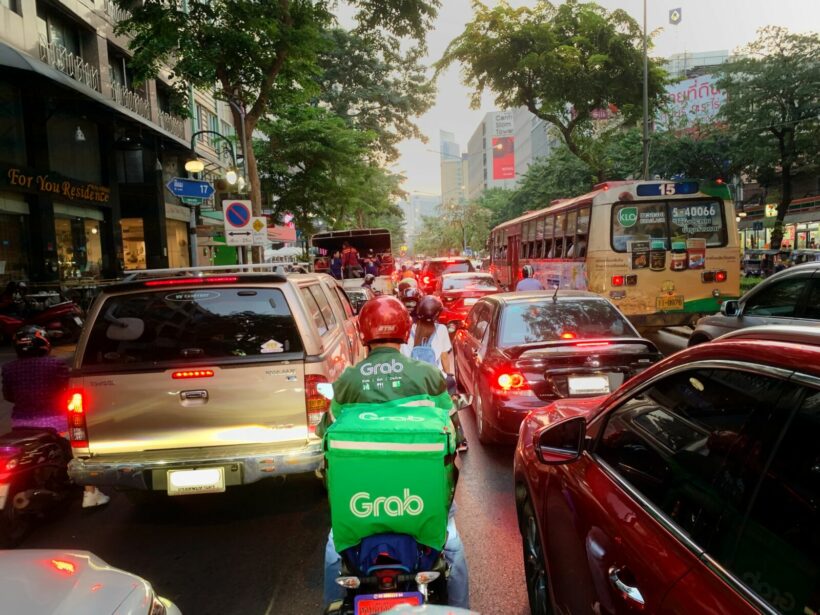 Yesterday, a Grab driver with a disability was killed after his motorbike was hit by an SUV in Nonthaburi, a province northwest of Bangkok.

25 year old Danai Chainarao, whose right leg had previously been amputated,  was declared dead on Tiwanon Road. His passenger was seriously injured and taken to a local hospital for medical attention. Police say the deceased’s prosthetic leg was located at the scene.

The SUV’s driver, 38 year old Woratanut Chinnanon, said to the police that he was driving home and failed to see Danai’s bike when he was crossing a bridge over the Tiwanon Intersection.

Police say CCTV footage shows Woratunut allegedly speeding before hitting Danai, but that they planned to give Wortanut an alcohol test before they questioned him further.

Danai’s mother, Chantima Boonrat, revealed to police that her son had bone cancer which required his right leg to be amputated 2 years ago. However, after he got better, he used a prosthetic leg and got to work delivering meals for Grab.

Koh Samui set to reopen on July 1, 50% of residents vaccinated so far