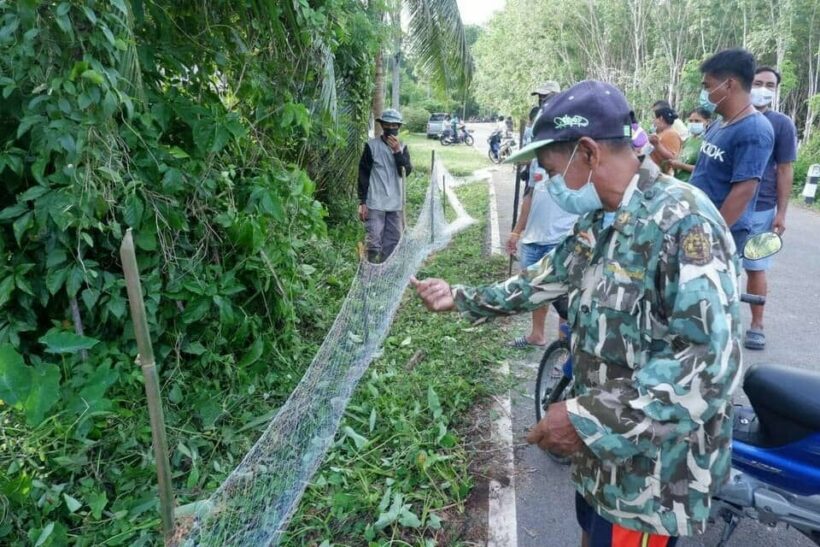 After 20 king cobras were spotted and reports of a person dying from a snakebite, locals at a village in Trang’s Banpho area set up nets along the roads to catch the snakes. The net idea hasn’t worked so far. The head of the provincial emergency response team, Chokechai Phraethanareung, says they look into other methods to catch the snakes, like using chicks as bait.

The king cobra is one of the most dangerous snakes, Chokechai says. He advises anyone who sees a king cobra to contact officials immediately. No one should attempt to catch the snake themselves, he says.

“King cobras are fast and can even climb trees. When facing the snake, one should remain calm and try not to move suddenly… Instead, back away from it as slowly as possible. Most of the time, if you stand still, the snake will move along on its way as it senses that you are not a threat.”

It is a highly venomous and dangerous snake when agitated or provoked that has a fearsome reputation in its range, although it is typically shy and avoids confrontation with humans when possible. – Wikipedia