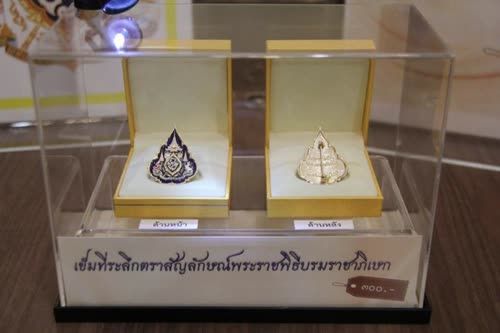 The Office of the Permanent Secretary, under the PM’s Office, is warning manufacturers and sellers of fake coronation brooches that they could be jailed for up to 20 years and fined up to 400,000 baht.

Sompas Nilphan, says the government has assigned his agency to produce and sell the coronation brooches to the general public.

“All proceeds from the sales will go to His Majesty the King’s charities. The government has invited the public to wear the coronation brooches from April to July this year.”

Makers and sellers of counterfeit coronation brooches could be jailed for a maximum of 20 years and fined up to 400,000 baht, according to Article 240 of the Criminal Code.

The Office of the Permanent Secretary is asking members of the public to notify the authorities if they find counterfeit coronation brooches by calling the government’s hotline at 1111 available 24/7.

For more information, please visit the Facebook page of the Office of the Permanent Secretary, under the PMs Office or HERE.