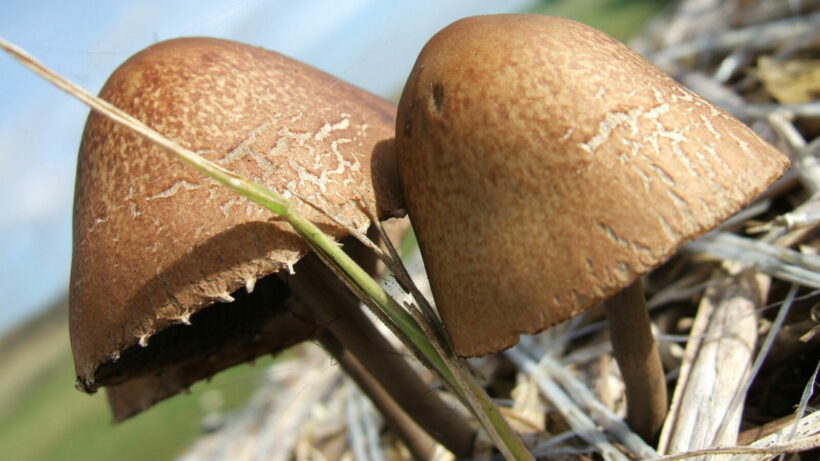 Today, 3 people have been found dead in a mushroom nursery in Nakhon Ratchasima, a northeastern Thai province. Police suspect their cause of death was probably due to inhaling carbon dioxide.

The Khon Buri police chief, Prasit Premkamol, says the bodies of 27 year old Nathapol Akkhisamrong, 49 year old Boonlua Channok and his wife, 48 year old Saipin Akkhisamrong, were discovered in their jerry-rigged nursery, which was covered with a canvas.

Prasit, other police officers and rescue workers all went to the scene to investigate after being alerted to the 3 unresponsive mushroom growers.

Nathapol’s aunt, 41 year old Thitya Kulpathumnon, says Nathapol worked at a sugar mill in the nearby area and had come to their house to learn how to grow mushrooms with his relatives’ guidance.

Boonlua and Saipin’s daughter, 18 year old Nicha Channok, also spoke to police. She said that around 10 pm yesterday she had looked outside of her house and saw a light in the mushroom nursery still glowing. She assumed her mother and father were inside, thus she went back to sleep.

However, around 8 am this morning Nicha became curious why her parents had stayed in the nursery all night. She then went inside the nursery and saw the 3 bodies on the ground in the same spot.

Thitya speculates that Nathapol had entered the nursery first and subsequently passed out. She believed that Boonlua and Saipin then also went inside to look for Nathapol, but also passed out.

Prasit says the 3 probably died from inhaling carbon dioxide. Per the mushroom growing process, the makeshift nursery was reportedly swimming in carbon dioxide buildup for 3 days with the canvas in place to help spur the development of the mushrooms. However, after 3 days the canvas was supposed to be removed to let the carbon dioxide out like a visitor who has overstayed their welcome. Prasit added that the 3 “might have” walked into the nursery while the process was ongoing, thus resulting in their quick and surprising deaths.

A doctor involved in the investigations considers the cause of death to be a lack of oxygen. The bodies are due to be taken to a hospital where autopsies will determine why the 3 died, Prasit concluded.

Carbon dioxide concentration increases during the vegetative stage of mushroom growth. However, a CO2 meter can be used to measure carbon dioxide levels. The CO2 levels need to be strictly controlled and measured to ensure high quality mushrooms. The necessary concentration levels vary per mushroom being grown.

It was not reported what type of mushrooms the 3 were growing.

Bluesofa
14 minutes ago, Thaiger said: Nathapol’s aunt, 41 year old Thitya Kulpathumnon, says Nathapol worked at a sugar mill in the nearby area and had come to their house to learn how to grow mushrooms from his relatives. Hmm, the…

gummy
5 minutes ago, Mike-Hunt said: Hmm, the staff writer for the BKK Post could have worded that slightly better, maybe: 'to learn from his relatives how to grow mushrooms' To me anyway, the way the original sentence reads, he could…