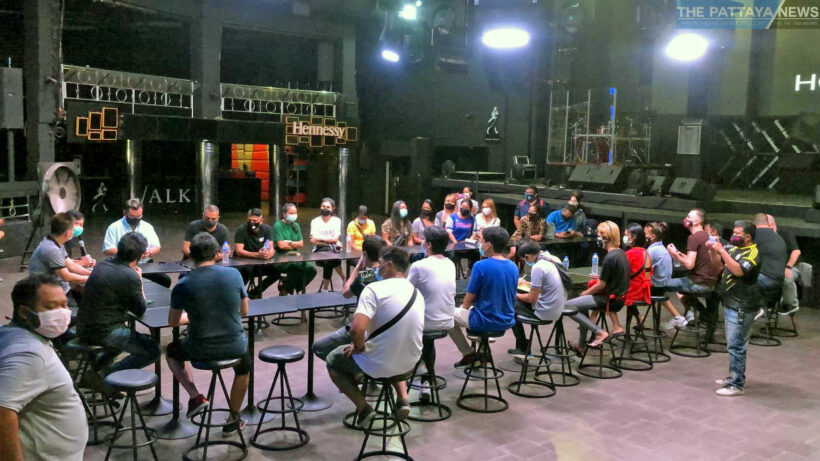 Why do people travel to Pattaya? If it’s for the legendary bar scene, they’re going to be in for a surprise if proposed Covid-era measures are adopted. Likely it’s not going to be the ‘Pattaya’ they were expecting, or had been accustomed to in the past.

Social distancing (surely a phrase to be added to dictionaries from this year), limiting customers inside a bar, and bar workers with face masks and gloves, are just some of the proposed ideas for bars and nightclubs in the party town when they are finally allowed to re-open.

Understandably owners of the popular bars are desperate to lift up the shutters and entice the customers back into their familiar domain of expensive drinks, loud music and attractive hostesses. The large band of young female employees are also eager to welcome back the tourists. But the ‘new look’ bar and club scene may not be a turn on for the city’s expat crowd or future tourists.

In the suggested proposals, customers could also be asked to submit ID prior to entering a venue in case the information is needed for contact tracing in future. Screening checkpoints could also be set up at the entrances to popular haunts like Walking Street and Soi 6.

A meeting to discuss possible transition guidelines was held last Sunday at the Hollywood Club attended by representatives of Pattaya’s bar and nightclub scene, and officials from City Hall and the local police.

The meeting also discussed the possibilities of waiving various taxes and licensee fees. The issue of intransigent landlords who are still demanding full rent payments, was also discussed.

The seaside resort is facing a wipe-out scenario until some safe means of opening bars and clubs can be found. But that’s only the start of the recovery. At this stage there are no tourists and any early opening would only serve the city’s expat community or a trickle of domestic visitors.

The Thai government have closed all international airports for incoming passengers until at least the end of May and, beyond that, have not disclosed the conditions whereby they’d be willing to allow foreigners to return. Many of the Pattaya’s feeder markets for tourists are still in the midst of their own pandemic responses and are banning citizens from travel. Australians, for example, are being told it is unlikely to the government will allow international travel for the rest of this year. Airlines, meanwhile, remain largely grounded with their business models in tatters and many of the smaller, low-cost airlines facing closure.