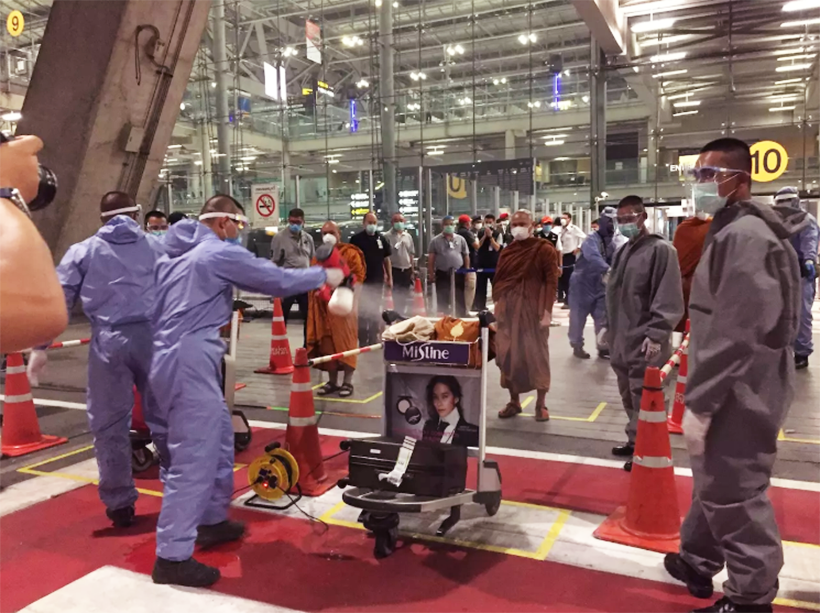 Last night 110 Thai people, living abroad and having been affected by the Covid-19 travel restrictions and flight bans, arrived from Frankfurt, Germany on a specially-chartered Lufthansa flight. The flight number LH772 arrived at Suvarnabhumi Airport where all the passengers passed initial screening with no high fevers detected and medical paperwork intact.

The passengers consisted of Thai citizens… 3 monks, along with 6 other people, were detained for 14 days in accordance with state measures at a Samut Prakan Hotel (near the airport). While the remaining 101 people were taken by bus to enter quarantine at the Ambassador Hotel in Bangkok.