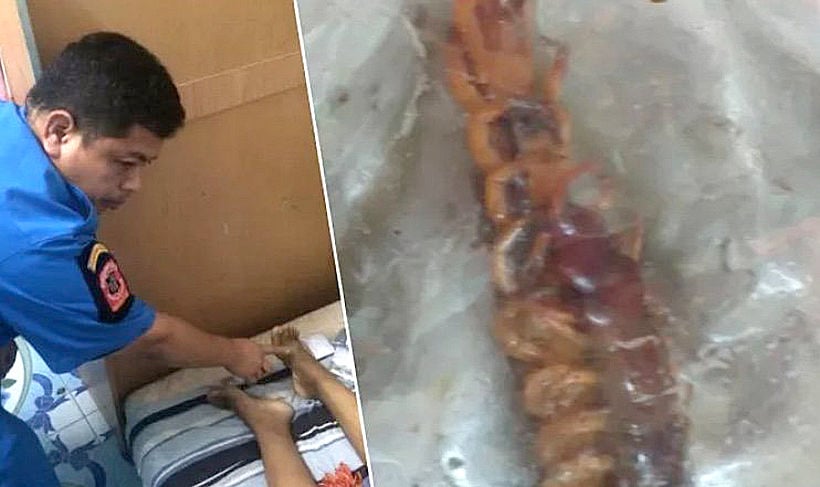 A 54 year old Thai woman, Chutikarn Worachote, from Nakorn Pathom, just west of Bangkok, has died after being bitten by a centipede, or “takhap” in Thai. She was bitten in the right foot on Saturday and taken to hospital.

She was administered an injection and given medication to take home to her accommodation in Samphran district.

But her son reported that she was in great pain and there was swelling in the area of the bite. But she ate dinner on Saturday night and went to bed. On Sunday morning he went to rouse her but she was dead. He called the local police.

An autopsy is underway at Siriraj Hospital whilst her son wants to know if she died from complications of the centipede bite or some other reason.

Last August a 69 year old woman died after being bitten by a centipede in Trat.