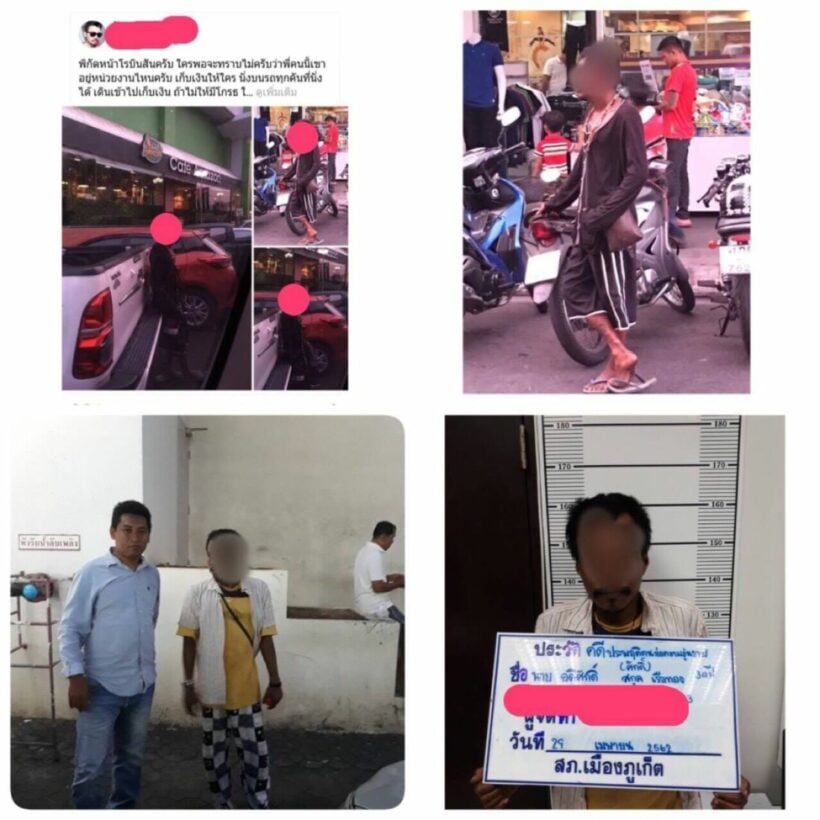 Police have arrested an intoxicated man who was collecting parking fees around a department store in Phuket Town.

The arrest follows police receiving complaints last week that there was a drunk man stopping cars and telling them to pay a parking fee for the Robinson Ocean Department Store.

Adisak was taken to the Phuket City Police where he faces charges ranging from being drunk and disorderly in public, and being a public nuisance.