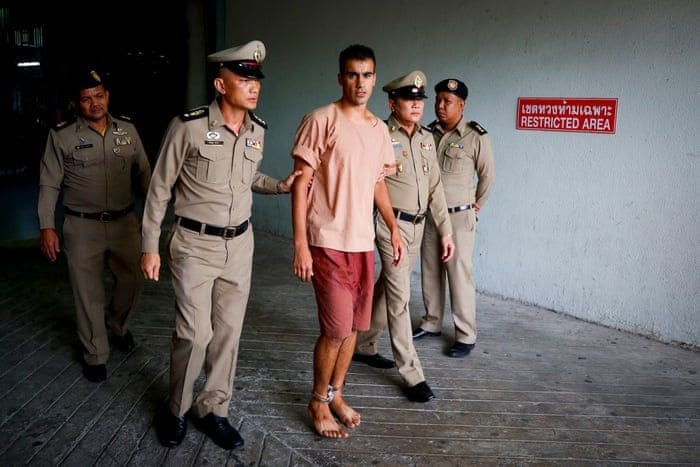 The Corrections Department says they are permitted by law to place leg irons on former-Bahraini-footballer-turned-Australian-refugee Hakeem Al-Araibi.

Al-Araibi, a resident of Australia where he holds also refugee status, appeared at the Criminal Court yesterday with his legs cuffed. He is fighting an extradition request from his former home country.

The sight of Al-Araibi in leg irons drew a lot of criticism, with some comments claiming that the act violated basic human rights.

“He is being detained pending extradition proceedings, he is not a common criminal or murderer,” said one of the comments.

He was arrested and continues to be detained in a Thai prison pending an extradition trial, said department chief Narat Sawettanun.

Narat said his department chose to put him in leg irons when transporting him from detention to his trial after his case caught the attention of media and the general public.

Narat cited the ‘rule book’ saying the shackling is allowed by Corrections Act 2560, which states that officials could consider using fetters when taking a detainee outside. “The shackles on al-Arabi are a legitimate type of fetters,” he said.

Narat accepted that people could see the actions as violating basic human rights. But he asked for public understanding of the need to chain a detainee or prisoner when taking him out of the prison in order to prevent him from escaping.

“To do otherwise could do harm to the public.”

“I wish to tell the public to not worry about human rights, the department is well aware of how to protect the rights of all prisoners.” 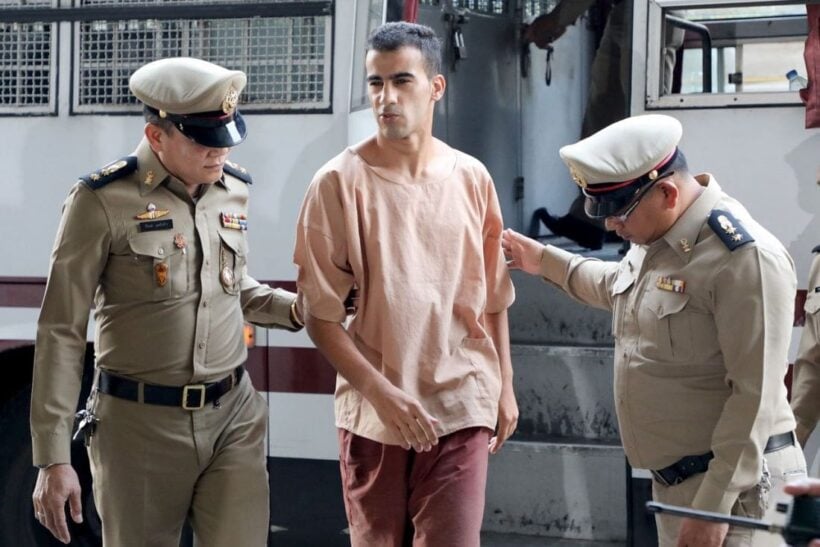 Facemasks on sacred statues gets BKK photographer into hot water