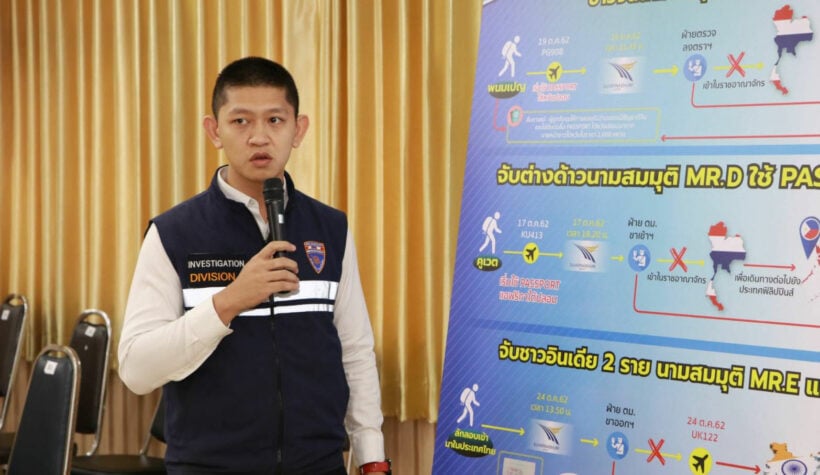 Two Chinese nationals and an Indian couple have been detained by Thai Immigration police in two separate arrests at Bangkok’s Suvarnabhumi Airport. Thai Residents reports that the Chinese nationals were attempting to check in for a Cathay Pacific flight from Bangkok to Canada using fake Canadian visas.

When airline staff got suspicious over the visas’ appearance and contacted Immigration police, the passengers fled, leaving their passports with the staff.

Police managed to track them down to where they were staying in Bangkok and both have been arrested. They admitted using fake visas, saying they bought them through the Chinese app WeChat for approximately 10,000 baht. Their intention was to enter Canada to work illegally.

The Indian couple was arrested while trying to return to India from Thailand.

When their passports were scanned by Immigration’s bio-metrics system, no record could be found of them entering the country. Both passports contained stamps from the Sungai Kolok Immigration checkpoint (on the Malaysian border in Narathiwat Province) which turned out to be fake.

When confronted, the coupled admitted they’d been working illegally in Malaysia for two years when they received news that their child in India was sick.

Their Malaysian employer arranged for them to return home by first entering Thailand illegally by car. The couple say their boss managed to procure fake Malaysian and Thai stamps for their passports.

All four are now being held at the Suvarnabhumi police station as their charges are processed.

More rain for the south, cooler in the north