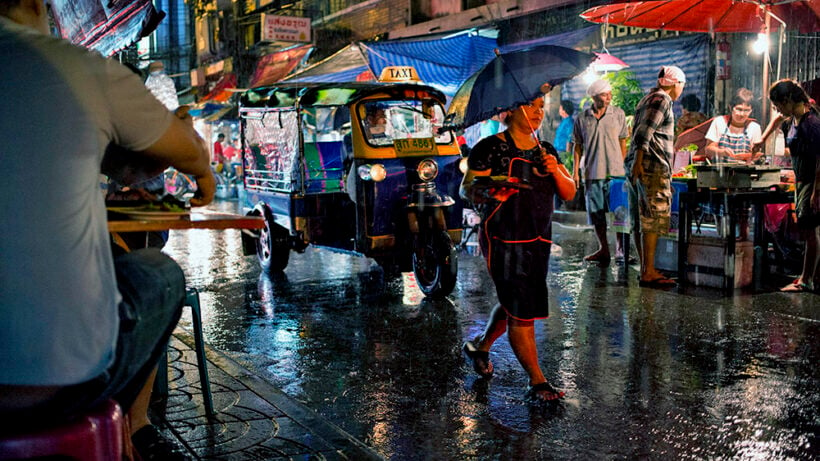 The Thailand Meteorological Department says the north of the country is experiencing fog and scattered showers as a result of a high pressure system over the region. Temperatures are expected to drop by 1 – 3 degrees Celsius, leading to cooler mornings, especially in mountainous areas.

Meanwhile, the south of the country can expect more rain, with heavy downpours in some parts.

Tropical storm Nakri, which has now been upgraded to a category 4 storm, is still making its way over the South China Sea, heading in a south-westerly direction. Coastal areas of central Vietnam can expect heavy rain and strong winds tomorrow and Monday, November 10 and 11.

The TMD says the storm is not expected to affect Thailand but that travellers to Vietnam should keep up to date with the latest forecasts.

Northern region: Cool weather in the morning with thunder showers in 10 per cent of the area, temperature lows of 21-23 degrees and highs of 30-35 degrees Celsius. Temperature likely to drop to 9-14 degrees on hilltops.

Northeastern region: Cool weather and fog in the morning, lows 20-22 degrees and highs of 32-33 degrees Celsius. Temperature likely to drop to 12-14 degrees on hilltops.

Bangkok and surrounding area: Partly cloudy with thunder showers in 10 per cent of the area, temperature lows of 24-25 degrees, highs 33-36 degrees Celsius.

Goverment kind of discloses what the secret budget goes toward