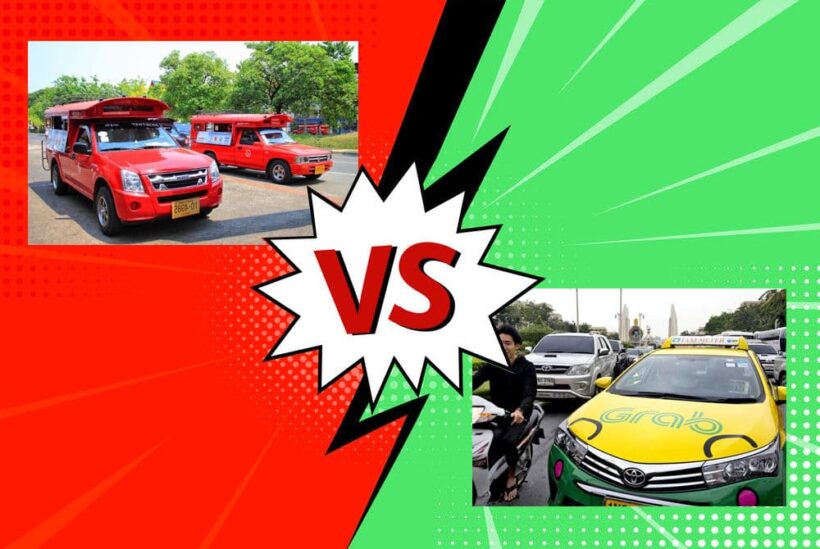 The war to dominate Chiang Mai’s local public transport sector is hotting up with the drivers of the city’s Rot Daeng vans (red song taews) planning a mass protest against the growing popularity of the Grab Taxis. Sanook reports that Bunniam Buntha, representing Chiang Mai’s Rot Daeng drivers, says they plan to assemble the 2,465 members in a mass protest. Sanook didn’t mention how the protest might take place or if they intended to blockade Chiang Mai’s streets.

Last week the national government also announced it was looking to amend the Land Transport Act to cover the newer ride-hailing services under its laws, effectively making them legal. Read the story HERE.

The Department of Land Transport says they’re now going through the process of legalising Grab Taxis and the closed online system featuring the App for booking and tracking paid rides.

Here’s a story where tourists were polled in Chiang Mai about which service they preferred.

And a Thai actor rips into the red bus service last year.

Bunniam says the city’s owners and drivers of the northern city’s ubiquitous ‘red buses’ are furious. He says many of them will go broke if the government allows GrabCars and other services to become legal. He claimed that before the ride-hailing Apps came along the drivers were able to make 1,000 baht a day, but now the daily earnings were down to around 200-300 baht per day, according to Sanook. 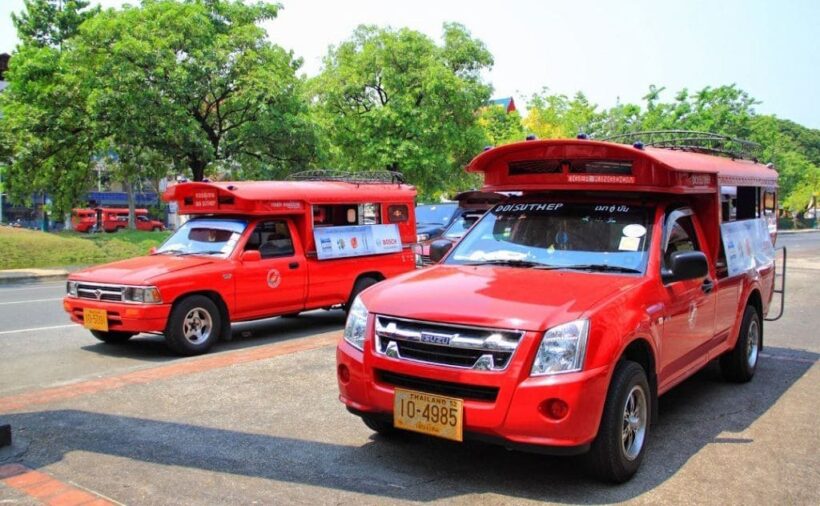