Police have arrested three suspects with a total of 502 kilograms of kratom in Kathu, central Phuket.

Police seized 502 kilograms of kratom leaves. They were taken to the Kathu Police Station to face charges possessing illegal Category 5 Drugs with intent to sell.

They told police that they were hired by an un-named woman to deliver kratom to her customers. 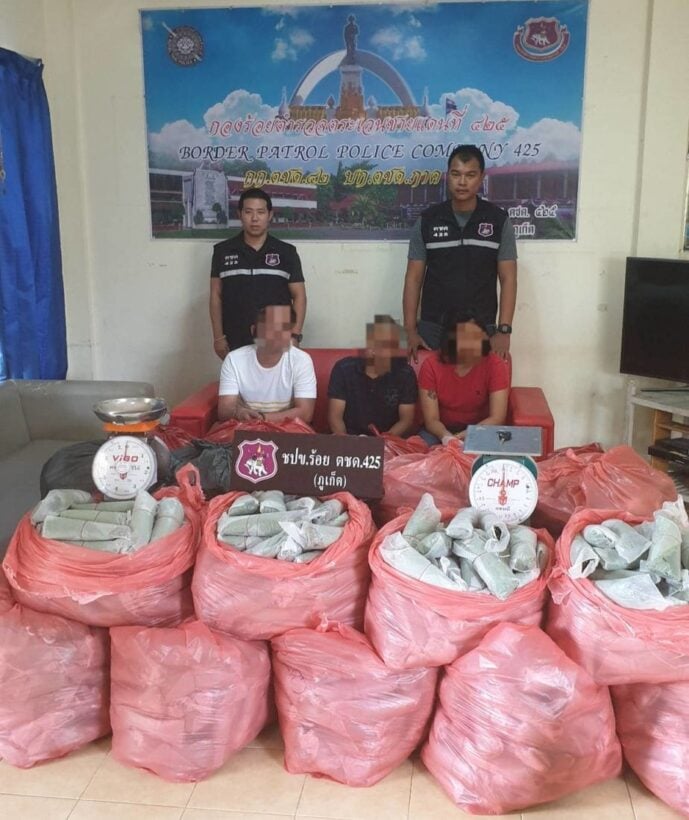