PHOTO: A majority of people are in favor of more regulations for NGOs. (via PxHere)

In a new NIDA poll, questions about a controversial draft bill aimed at regulating NGOs operating in Thailand showed that people generally support the regulation. The poll, conducted by the National Institute of Development Administration, asked people a variety of questions about how non-governmental organisations operate within Thailand.

The topic has been controversial with many activists and some human rights groups believing the goal of the law is to oppress dissent and demonstration, while the government insists it’s a way to provide transparency and prevent foreign interference in elections and government operation.

The poll interviewed 1,314 people by phone between January 10 and January 12. The people were over 18 but of all ages, and from all over the country, representing different occupations and levels of education.

The NIDA poll asked people if NGOs should have to be more clear about their funding and if their activities should be limited regarding certain subjects. Here are answers to key opinions:

NGOs should be required to reveal the sources of their funding. 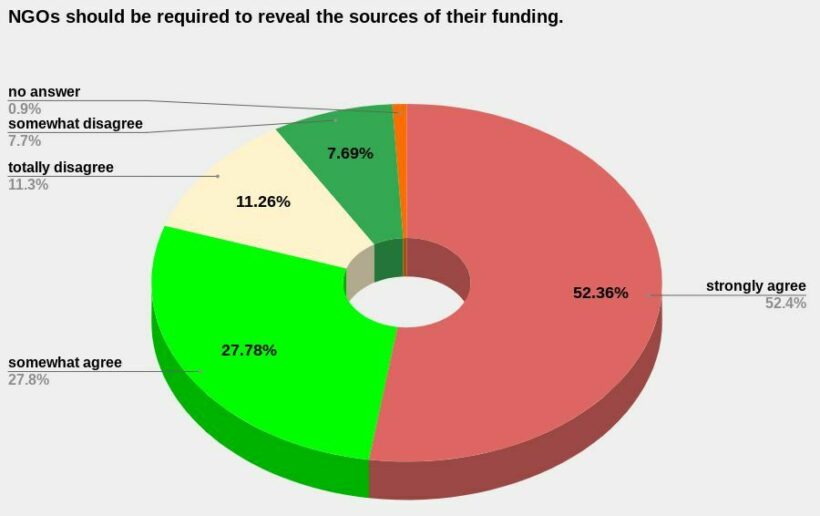 NGOs that received foreign funding should be required to reveal the amount and purpose of funds. NGOs should be prohibited from activities that could affect national security. 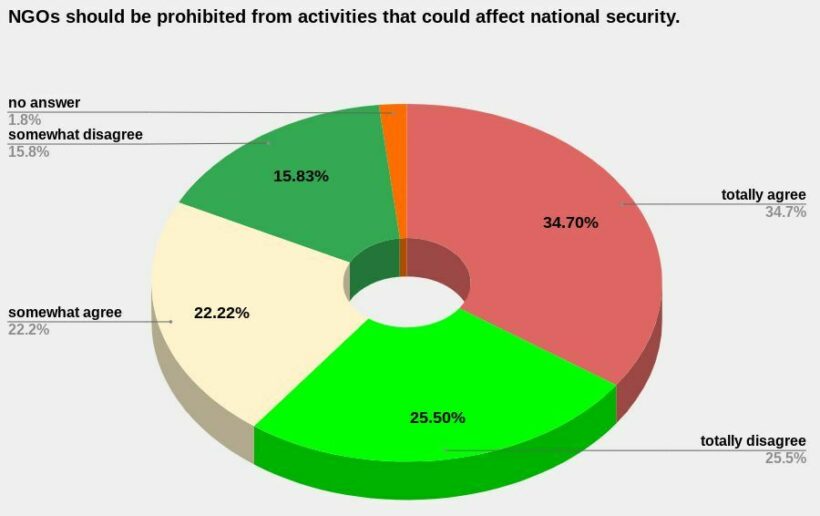 NGOs should be prohibited from activities that could cause division in society. 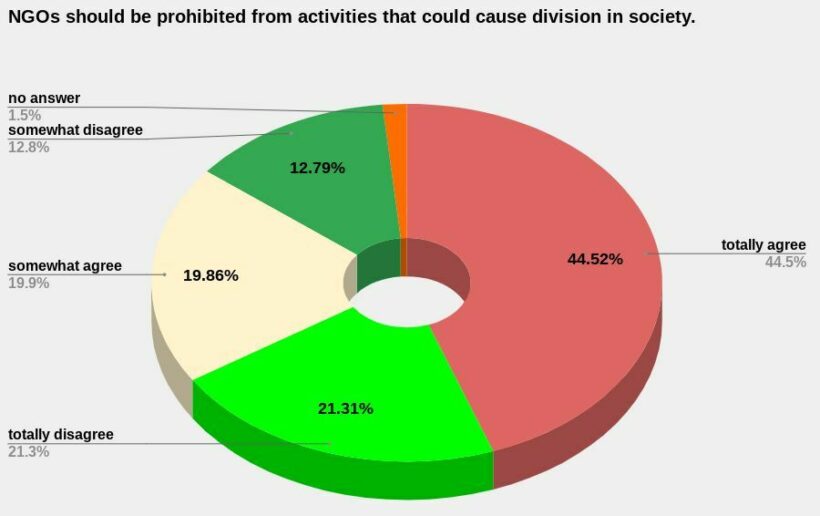 NGOs should be prohibited from activities that could benefit certain political parties or acquire state power. 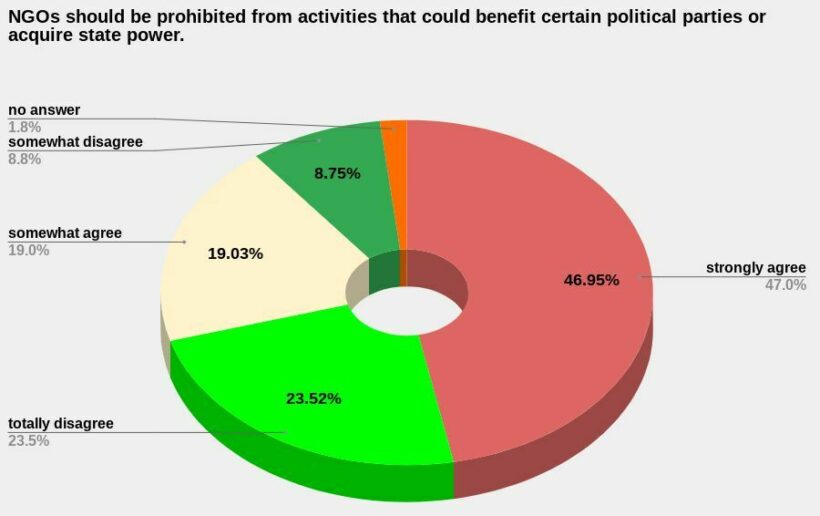 Will the NGO regulation bill limit people’s right to assembly? 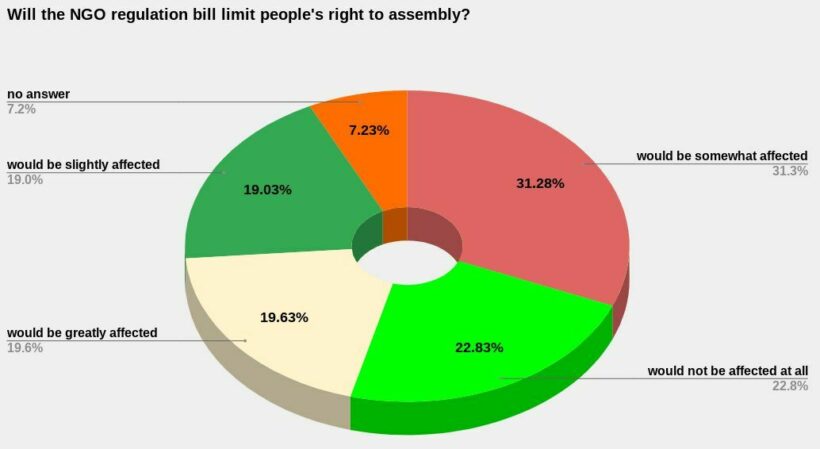 Rain
39 minutes ago, Poolie said: Unless of course, they are funded by the countries. Which should tell you everything one needs to know.

Poolie
11 minutes ago, Rain said: Which should tell you everything one needs to know. Quite.
HiuMak
10 hours ago, DonG said: Many NGO's and charities are regulated in may countries including USA....and from experience in non-profits there...if you want funding you better have a good and clear financial statement......activities are often regulated by various states...countries also.....this…

Rain
1 minute ago, HiuMak said: This poll will be irrelevant. This is a difficult when it involves people, power and money. All polls are irrelevant and make-belive.
CamPat
NGO must be regulated ! In neighboring Cambodia we had 5 NGO right after the Khmer Rouge were ousted. Now we got 6000 registered and perhaps a identical number of unregistered NGO in the Country. For decades NGO in Cambodia…

Can you protest in Thailand as a foreigner?