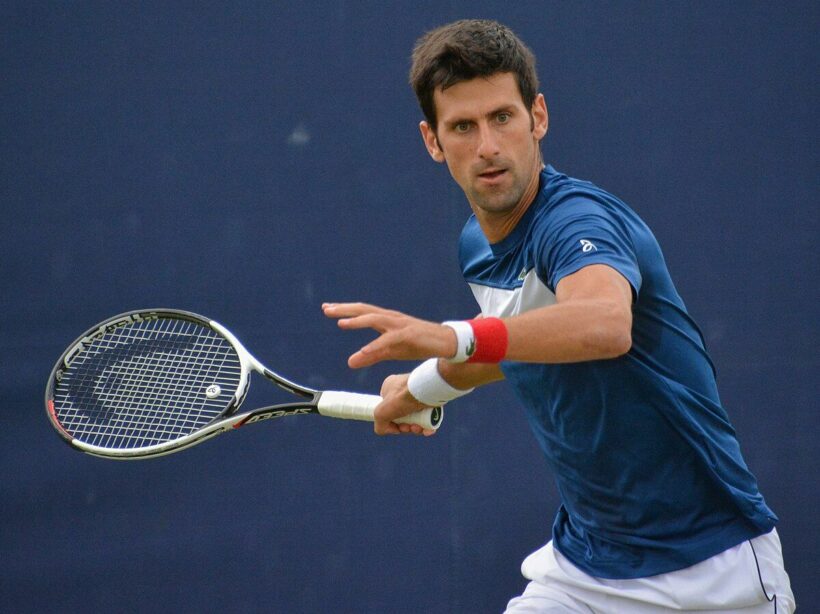 PHOTO: Tennis champion Novak Djokovic will be deported before the Australian Open. (via Wikimedia Commons)

After a rollercoaster ride regarding 9-time Australian Open champion Novak Djokovic having his visa approved and revoked several times as courts debated his status as unvaccinated but recovered from a Covid-19 infection, the tennis star will now be deported from Australia.

Novak lost a court appeal to try to reverse the cancellation of his visa when 3 judges upheld the decision. He had the option to appeal again but half an hour after the decision was made, he announced he was finished fighting and would accept a verdict he called extremely disappointing.

“I am extremely disappointed with the Court ruling to dismiss my application for judicial review of the Minister’s decision to cancel my visa, which means I cannot stay in Australia and participate in the Australian Open,” he said. “I respect the Court’s ruling and I will cooperate with the relevant authorities in relation to my departure from the country.”

He will now fly home, where Serbia’s president had personally spoken to Novak to welcome him anytime and suggested the Australian government’s mistreatment of Novak was politically motivated, and take time to rest out of the spotlight. Speaking to reporters in Belgrade, Serbian Prime Minister Ana Brnabić said the country’s beloved tennis star was “harassed… but not humiliated.”

“I think the court decision is scandalous,” Brnabić said. “I find it unbelievable that we have two completely contradictory court decisions within the span of just a few days.”

The judges are set to release a full statement on the ruling that they said was in the interest of public safety. Citing not just a standard Covid-19 infection risk, Australian Immigration Minister Alex Hawke said the incident could cause civil unrest by spotlighting and fueling anti-vaccination sentiment as Australia struggles with the Omicron variant like the rest of the world.

In court documents, the minister explained that although Djokovic was a “negligible risk” to others due to recent infection, he was nonetheless “a person of influence and status” regarded by some as “talisman” for the anti-vaccine community.

“I consider that Mr Djokovic’s ongoing presence in Australia may lead to an increase in anti-vaccination sentiment generated in the Australian community, potentially leading to an increase in civil unrest of the kind previously experienced in Australia with rallies and protests which may themselves be a source of community transmission,” Hawke said.

“I consider that his ongoing presence in Australia may encourage other people to disregard or act inconsistently with public health advice and policies in Australia.”

Meanwhile, Novak could face a 3-year ban from Australia and has been ordered to pay the government’s court costs. He will miss the Australian Open which begins tomorrow, a loss for the game according to British tennis star Andy Murray who said that the whole debacle was last minute and sloppy and calls for better preparation for future events.

The Australian Border Force had originally detained the tennis star after his flight from Dubai arrived in Melbourne late Wednesday last week. Novak faced the threat of deportation when Australian immigration officers determined he had an invalid medical exemption for Covid-19 vaccination and revoked his visa. He was held in an immigration detention facility until the judge ruled in his favour on Monday and Novak was released and rejoined his team.

The government then wrestled over the details of his case, including an error in his travel declaration form, on which a box was checked stating he had not travelled to any other country in the 14 days prior to his arrival. In fact, Novak had travelled from Belgrade, Serbia, to Marbella, Spain, on December 31 to train at Soto Tennis Academy.

Meanwhile, the world’s number one tennis player is facing significant scrutiny online about his whereabouts after testing positive for Covid-19 after a PCR test on December 16 and still doing an interview and photoshoot with a French publication the next day and a tennis event in Belgrade the next day. Novak took to Twitter to try to clear his name about Covid-19 and the visa situation.

But the Immigration Minister then exercised his power to personally re-cancel the Serbian player’s visa on the grounds of health and good order, a decision Prime Minister Scott Morrison, who had previously been critical of Novak’s case, supported in a response statement posted on his government webpage Friday evening.

“I welcome the decision to keep our borders strong and keep Australians safe,” Morrison said. “As I said on Friday, Australians have made many sacrifices during this pandemic, and they rightly expect the result of those sacrifices to be protected.”

I would like to make a brief statement to address the outcomes of today’s Court hearing. I will now be taking some time to rest and to recuperate, before making any further comments beyond this.

I am extremely disappointed with the Court ruling to dismiss my application for judicial review of the Minister’s decision to cancel my visa, which means I cannot stay in Australia and participate in the Australian Open.

I respect the Court’s ruling and I will cooperate with the relevant authorities in relation to my departure from the country.

I am uncomfortable that the focus of the past weeks has been on me and I hope that we can all now focus on the game and tournament I love. I would like to wish the players, tournament officials, staff, volunteers and fans all the best for the tournament.

Finally, I would like to thank my family, friends, team, supporters, fans and my fellow Serbians for your continued support. You have all been a great source of strength to me.

I welcome today’s unanimous decision by the Full Federal Court of Australia, upholding my decision to exercise my power under the Migration Act to cancel Mr Novak Djokovic’s visa in the public interest.

Australia’s strong border protection policies have kept us safe during the pandemic, resulting in one of the lowest death rates, strongest economic recoveries, and highest vaccination rates in the world. Strong border protection policies are also fundamental to safe-guarding Australia’s social cohesion which continues to strengthen despite the pandemic.

Australians have made great sacrifices to get to this point and the Morrison Government is firmly committed to protecting this position, as the Australian people expect.

To date around 43 million vaccination doses have been administered in Australia and more than 91.6% of Australians aged 16 years and over are fully vaccinated.

Accordingly, Australia has been able to commence a step-by-step, safe reopening of its international border as a result of this successful vaccination program.

The Full Federal Court of Australia unanimously decided to dismiss Mr Novak Djokovic’s application for judicial review which sought to challenge the Minister for Immigration’s decision to cancel his visa.

This cancellation decision was made on health, safety and good order grounds, on the basis that it was in the public interest to do so. I welcome the decision to keep our borders strong and keep Australians safe.

As I said on Friday, Australians have made many sacrifices during this pandemic, and they rightly expect the result of those sacrifices to be protected.

Over the pandemic, together we have achieved one of the lowest death rates, strongest economies and highest vaccination rates, in the world. Strong borders are fundamental to the Australian way of life as is the rule of law.

Our Government has always understood this and has been prepared to take the decisions and actions necessary to protect the integrity of our borders.

I thank the Court for their prompt attention to these issues and the patience of all involved as we have worked to resolve this issue. It’s now time to get on with the Australian Open and get back to enjoying tennis over the summer.

Khunmark
6 hours ago, CharlesW said: As Djokovic would probably have won, the eventual winner will have a very hollow victory and will never be known as the real champion. Incidentally, interested to see in the U.K. press that around 85%…
Stonker
Looks like he won't be playing in France either. Up to him. He made a big deal three years ago about not having an operation on his elbow, believing it could all be solved by God and self-focus. He then…
Stonker
16 hours ago, CharlesW said: You can’t compare the two, Ayrton Senna died, Djokovic was prevented from playing so no one will ever know. I think you may need to re-read that. No-one will ever know as neither of them…

Vince
5 minutes ago, Stonker said: Looks like he won't be playing in France either. Up to him. He made a big deal three years ago about not having an operation on his elbow, believing it could all be solved by…
TravellingThaiGerrr
On 1/17/2022 at 2:21 AM, ctxa said: Novax Djocovid* That's funny, but really the guy is super healthy, in incredible shape and has many valid reasons to not take a vaccine, including having recovered from covid twice, which would provide…