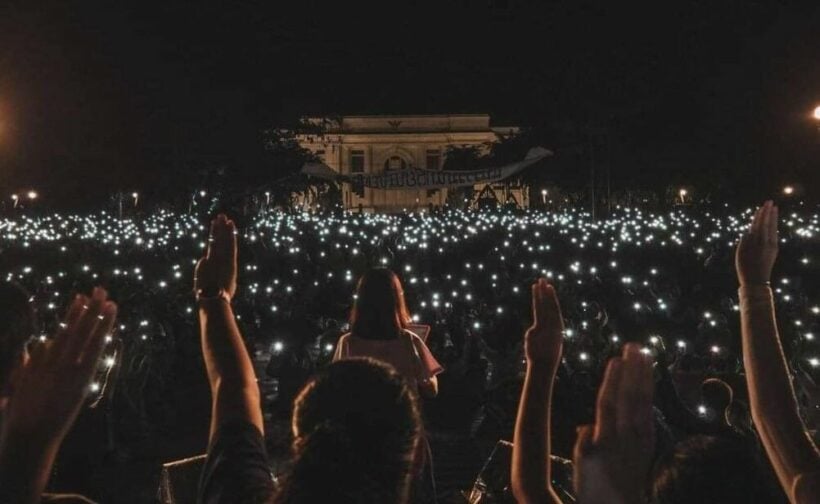 The pro-democracy Ratsadon group has announced another anti-government protest to be held in Bangkok today. News of the rally was posted on the Facebook page of the United Front of Thammasat and Demonstration group, with organisers pledging to ensure the safety of participants.

“March 24, 2021 bring your bags and tie your shoelaces. There will be a rally stage this time and of course rally speeches. Security will be ensured for all participants. Keep an eye out for further updates (on the planned protest]) #March24Mob #End112 #FreeOurFriends.”

At least 33 people were injured at a rally in the capital on Saturday when police deployed rubber bullets, tear gas, and water cannon in an attempt to disperse protesters. Reporters and police officers were among the injured, with one reporter having to be hospitalised for a head scan after allegedly being hit by a rubber bullet.

The Bangkok Post reports that yesterday, the group Resistant Citizen held another rally at around 5pm outside the Supreme Court on Ratchadamnoen Avenue, in Bangkok. Protesters were calling for the release of suspects currently held on lèse majesté charges, who have had their bail requests denied multiple times. The 11 detainees include Parit “Penguin” Chiwarak, Chai-amorn “Ammy The Bottom Blues” Kaewwiboonpan, Jatupat “Pai Dao Din” Boon­pattararaksa, Panupong “Mike” Jadnok, and Panusaya “Rung” Sithijirawattanakul.

Thanakrit Chit-arirat from the Justice Ministry says Parit has now been moved from Bangkok Remand Prison to a facility in the central province of Pathum Thani, where he will carry out his 15 days’ sentence for contempt of court. The activist was sentenced after he tried to read out a statement at the end of a court hearing, in which he declared his intention to go on hunger strike.

The Justice Minister, Somsak Thepsutin, has ordered that Parit be examined by a doctor each morning while he is on hunger strike. Although he is not eating food, it’s understood the protest leader is drinking milk and taking electrolytes.