PHOTO: Artists impression of a completed Parliament House not he banks f the Chao Phraya. Only the parliamentary meeting halls are complete for use at this stage

He declined to answer when asked by reporters to make any comment on Friday morning’s bomb and arson attacks in the city, saying only that citizens should be vigilant about possible further attacks.

Chuan said the Janthra Hall in the new Parliament House was now ready for use although other parts of the building remain under construction.

Chuan Leekpai toured the TOT conference hall that’s acted as a temporary parliamentary meeting place last week. He said the venue is now being handed back to the TOT and repairs made to any damage made during the use of the new parliament’s early sittings. 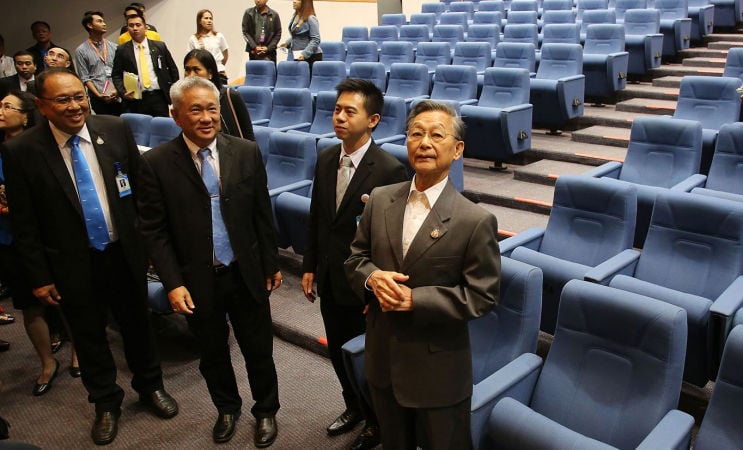