Wildfires in Thailand’s north have made plenty of news in recent months, and now, Chiang Mai’s Doi Mon Jong mountain, one of northern Thailand’s most popular hiking spots has become the latest victim.

Doi Mon Jong, in the province’s Om Koi District, is considered a legendary “unseen” destination for its breathtaking views, beauty and nature. Nearly 20 rai (3.2 hectares) of the mountain was burned to ash this week. A once lush green area is now an ugly black gash in the landscape.

Forestry department officials report that the wildfires were started by villagers foraging in the forest, though there’s speculation that it was part of a land encroachment ploy.

Doi Mon Jong is among Thailand’s 10 highest peaks, rising 1,929 metres above sea level. It is home to a huge variety of wildlife, including wild elephants, serow and goral, rare goat-like antelope species. Local villagers tell authorities that there are many herds of wild elephants in the area.

Chiang Mai’s governor announced yesterday that from April 1-6 there were a total of 18,913 fire hotspots in Chiang Mai. Most of them found in Chiang Dao, Om Koi, Mae Chaem, Hod, Phraw, Mae Taeng and also Samoeng districts.

Firefighters posted photographs of the mountain’s charred slopes, which used to draw thousands of hikers from across the country and around the world. 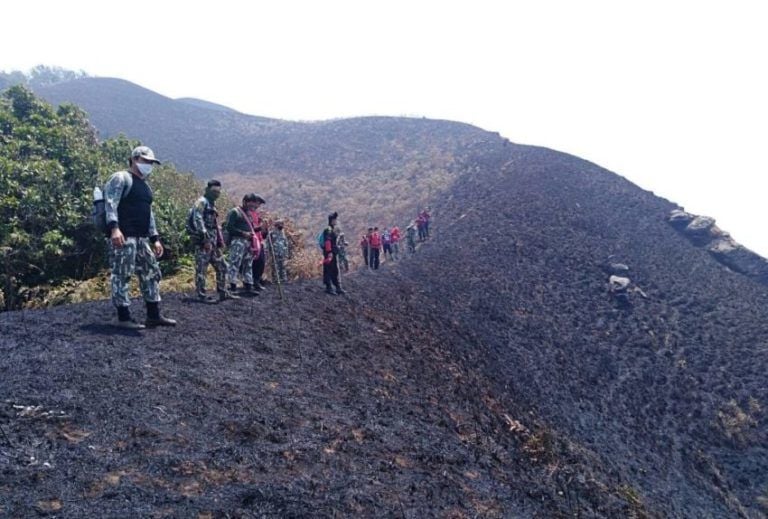 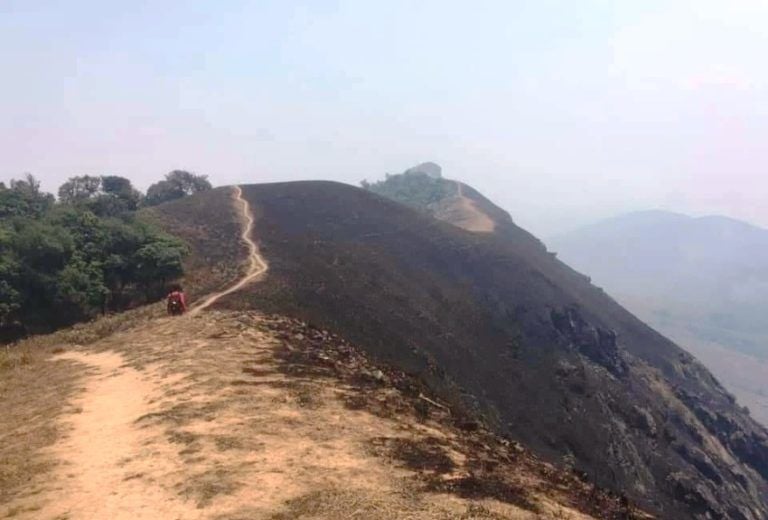