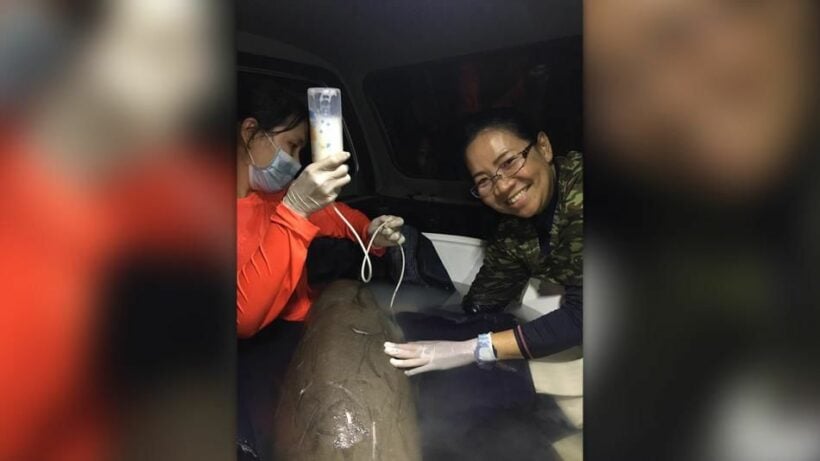 Another lost baby dugong has been rescued after being found injured in Krabi.

The baby dugong was found washed up on the shores in Klongthom District, Krabi yesterday (June 1) and was rescued by the officials from the Phuket Marine Biological Centre (PMBC).

Thai Rath reports that the baby dugong had a lot of scratches on it and was very exhausted. The dugong was sent to the PMBC for treatment and nursing back to health. According to the PMBC officials, the baby dugong is a 3 month old male, 111 centimetres long.

“He is in the safe hands of the vet now and already drank 100 cc. of milk (a tenth of a litre). He may have to remain at the PMBC for a little while until full recovery.”

PMBC officials say the baby dugong might have lost trace of its herd and washed ashore, which is rare because mother dugongs usually take good care of their babies until they are grown and strong enough to be on their own. A mother dugong usually does not let the babies swim far away from her and, in the event that they get separated from their herd, the mother would normally get lost along with her babies.

Meanwhile, netizens are following the event and commenting that ‘Mariam’ will have a new young friend. They were also questioning what happened to the mother dugong. 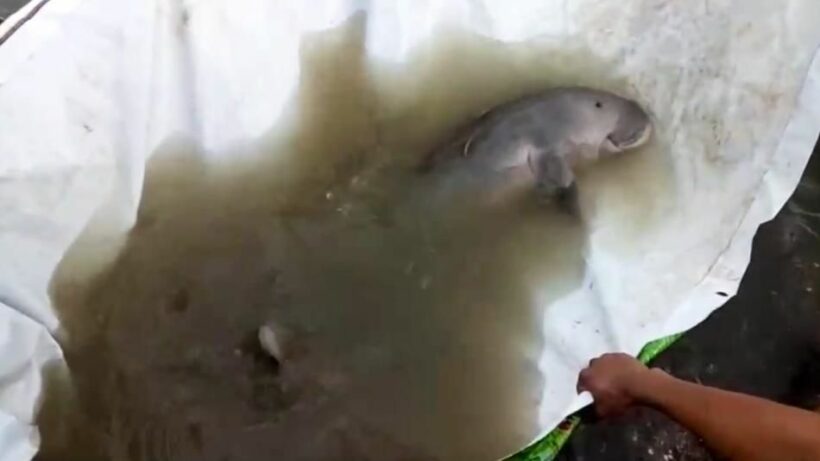