Marium, an orphaned baby dugong found along the Krabi shore two months ago, will remain in the care of a dugong nursery on Koh Libong in Trang for at least six more months.

Chaiyapruek Weerawong, head of the Koh Libong Wildlife Preserve, says the female dugong would then be released in the open sea off Trang’s coast. He said Marium, now about six months old, was in the good hands of officials and volunteers in the island’s Khao Batu area.

“She’s fed milk and seagrass and has a daily swim in the sea alongside the Mae Som (Mother Orange), the reserve’s specially rigged boat of that colour.”

Chaiyapruek said Marium was recovering well, consuming two litres of milk a day and now eating seagrass by itself. He said the dugong would also undergo survival training at low tide so it can avoid being washed ashore again.

“Although Marium’s stronger now, she’s still too small to release into the open sea because it could be harmed. We’ll continue taking good care of her for the next six months at least.”

Marium was found on Krabi’s Ao Tung Beach on April 29 and taken to Trang to recover. Dugongs are classed as “vulnerable to extinction” and protected by law in Thailand.

“I have been a vet for 30 years and have seen too much of the cycle of life and death, but the story of the orphan Marium really struck me.” – Nantarika Chansue, a veterinarian of the Faculty of Veterinary Science, Chulalongkorn University

Trang has the largest dugong population in the country, with at least 210 counted in an aerial survey last year by the Andaman Marine and Coastal Resources Research and Development Centre. 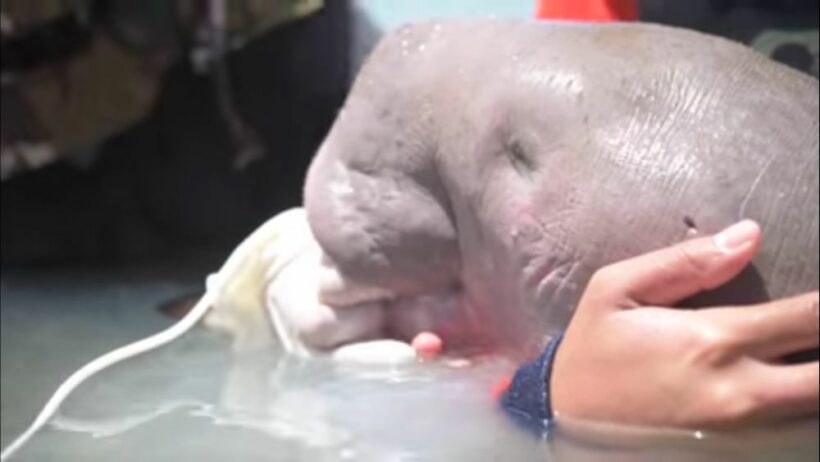 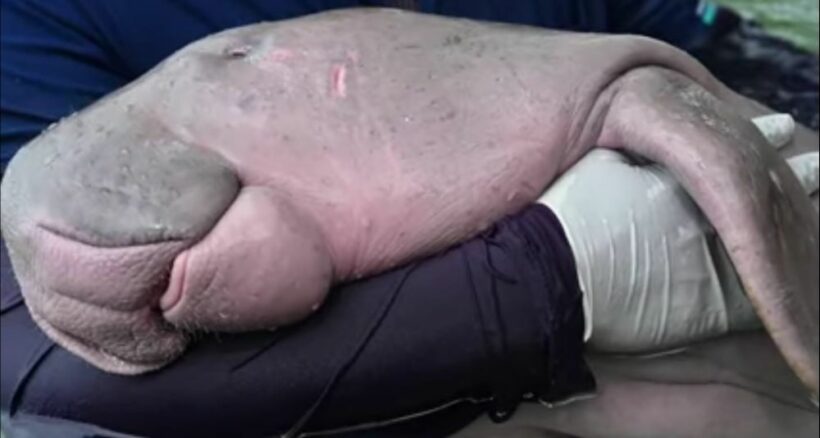