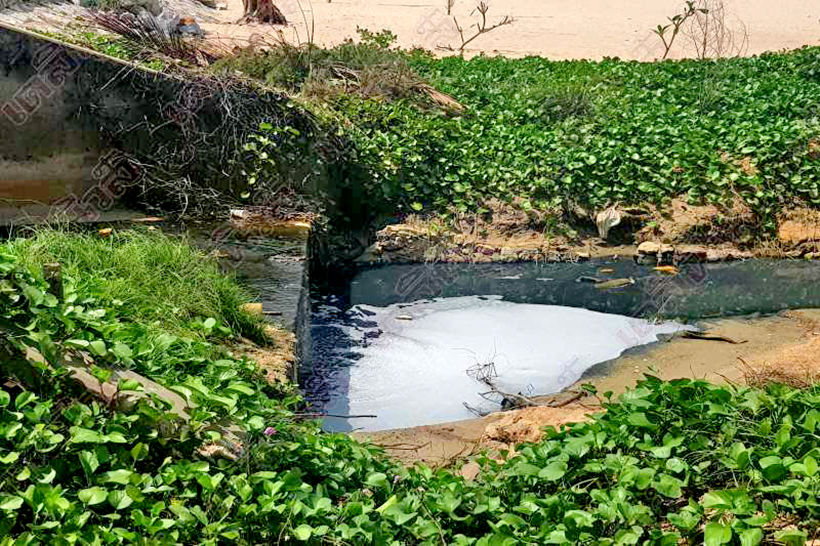 The Cha-Am district chief and a posse of officials have inspected a patch of ‘black water’ flowing into the Gulf of Thailand after social media posts showed “sewage” flowing into the sea at a beach north of Hua Hin.

Not surprisingly, and without evidence, Khajornsak Somboon admitted the offensive outflow was “smelly” but denied it was effluent from local hotels or businesses and claimed it was “natural in origin”.

He claimed that it was “waterlogged water” (we assume a special kind of water that contains water) that had “built up behind a klong due to water levels and release valves being different”.

“When waves forced their way into the system, the filthy water flowed out to the beach,” as translated on ThaiVisa.

Authorities claim they will look into a solution. 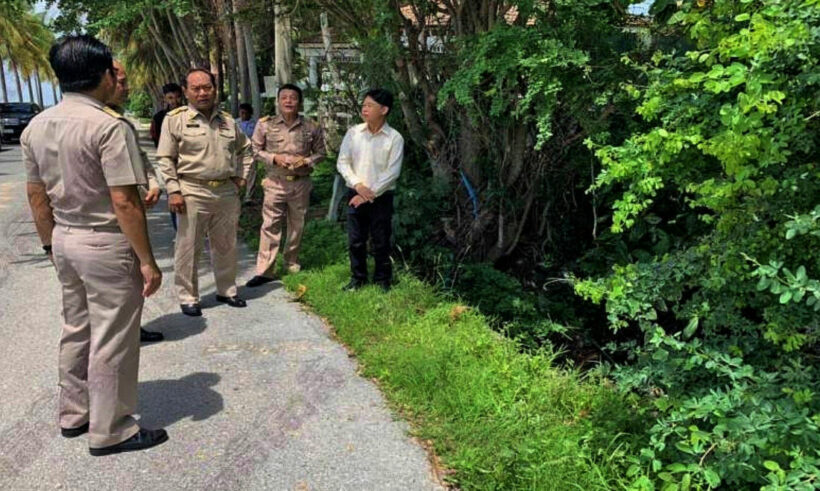 Another baby Dugong found on a Krabi beach