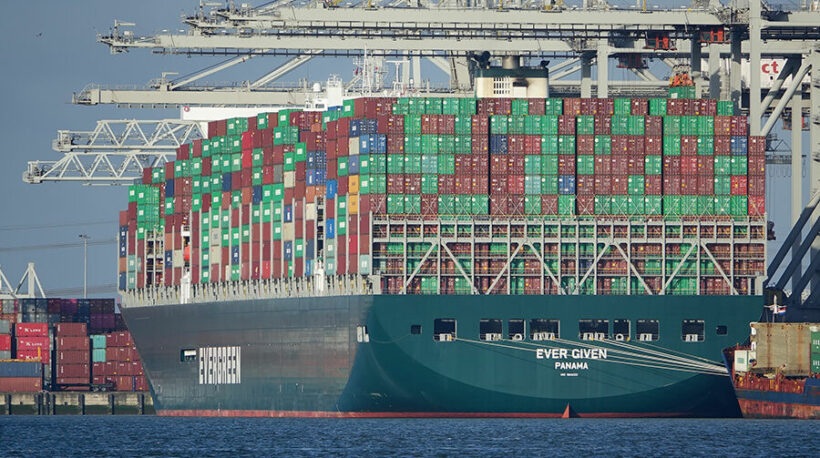 The Thai government says it’s ready to help businesses affected by the blockage of the Ever Given cargo ship in Egypt’s Suez Canal. The 400-metre container ship was blown off course and got stuck sideways in the canal last Tuesday, leading to chaos in world shipping. The blockage in one of the world’s most significant trading routes has caused a massive tailback of traffic transporting goods, livestock, and equipment.

Rachada Dhnadirek, deputy spokesperson for the Thai government says it’s ready to help any businesses that may be affected.

“If the private sector has any problem, the government is ready to help.”

Rachada says PM Prayut Chan-o-cha has been following the story closely, with an eye to helping Thai exporters and importers. However, she adds that he’s hopeful the vessel will come unstuck soon, given the vast effort that’s going into salvaging it.

According to a Bangkok Post report, the Energy Policy and Planning Office says the blockage will have minimal impact on Thailand’s energy supply as very little natural gas is imported into the Kingdom via the Suez Canal route. Rachada says Thailand has imported oil from a variety of suppliers. She says there is no risk of shortages as Thailand’s oil companies have enough stockpiles.

Meanwhile, as the delay in global shipping continues, vessels may have to re-route around the Cape of Good Hope, adding significant time and costs to their journey. Thailand’s deputy PM Jurin Laksanawisit says ships will need to get an extension to delivery deadlines if re-routing becomes the only option should the Ever Given remain wedged in place for much longer.

Thailand to improve safety for ziplining and adventure tourism