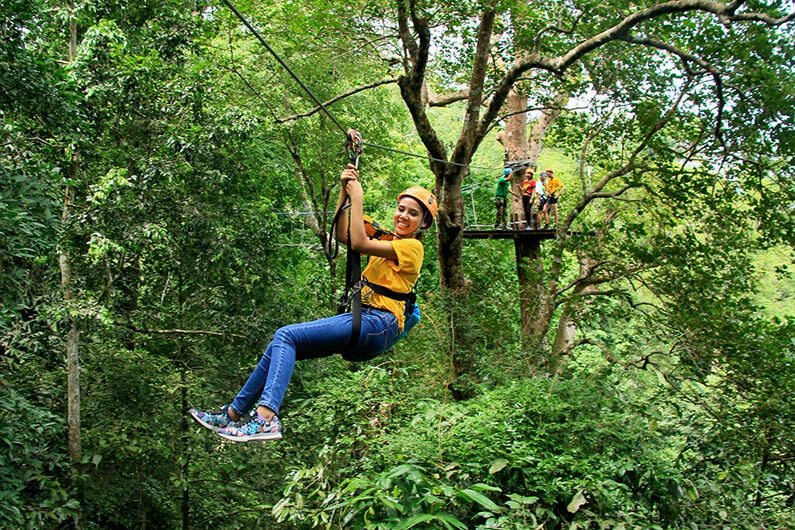 Photo via Flight of the Gibbon

Looking ahead to the return of foreign tourists, Thailand tourism officials are planning to improve safety standards for adventure activities like ziplining in an effort to prevent accidents from happening and to gain tourist confidence.

In 2019, a Canadian man died in a zipline incident in Chiang Mai. He was attached to the harness, ready for the 5 kilometre Flight of the Gibbon, when he stepped off the platform and fell 12 metres to the ground. He died from the impact.

Flight of the Gibbon said at the time there was a “metallurgical failure.” The man’s family said they believed the cable clamps were not fixed properly before he left the platform.

The man’s family have called for safety upgrades for ziplining in Thailand. In a previous report, they said…

“We are very happy to have the support of the Thai government and local authorities to implement change and accountability that will make safety in ziplining equal to other countries.”

To come up with new safety standards, the Ministry of Tourism and Sports has teamed up with Kasetsart University’s Faculty of Engineering. So far, they’ve created manuals for adventure tourism to help prevent accidents, according to the ministry’s deputy permanent secretary Taweesak Wanichcharoen. Not only would improved safety standards help gain trust from tourists, Taweesak says it will also help with the growth of tourism.