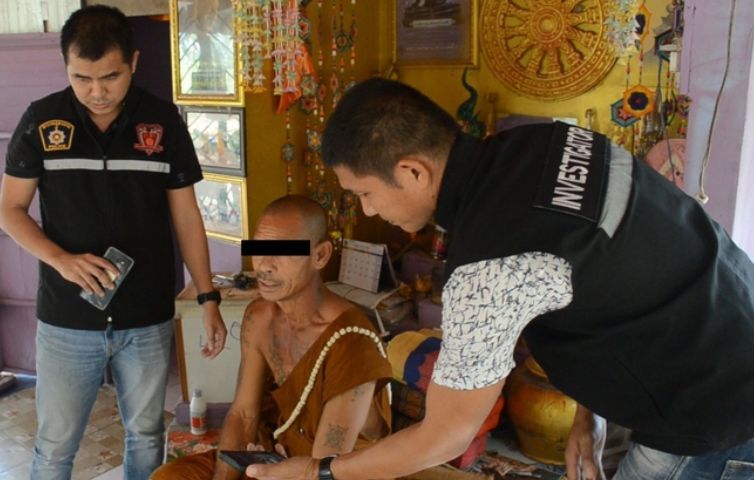 A monk in Udon Thani is facing charges after he allegedly sent an explicit video of himself to 20 children, inviting them to have sex with him in exchange for money. 49 year old Pramuk Jaroensuk was forced to leave his monkhood and was charged with publishing pornographic material and attempting to have sexual intercourse with minors.

The monk came to police attention after a villager in the Ban Pheu district filed a complaint reporting that the abbot allegedly sent an explicit video clip of himself to her 12 year old daughter saying “Answer me if you want easy money.” The villager says other Prathom 6, or sixth grade, students also got similar messages from the monk.

“The sender said he would offer 2,000 baht in exchange for sex with him. I searched his name and found that he was the abbot at this temple so I notified police… My daughter said her friends who are in Prathom 6 also received similar invitations from the suspect.”

Police say Pramuk admitted to sending the video, adding that he sent it to more than 20 children – boys and girls around 11 to 13 years old – on Facebook.

Pramuk has been a monk for 23 years and has been at the Udon Thani temple for the past 11 years. He was forced to leave his monkhood and was taken to a local police station.