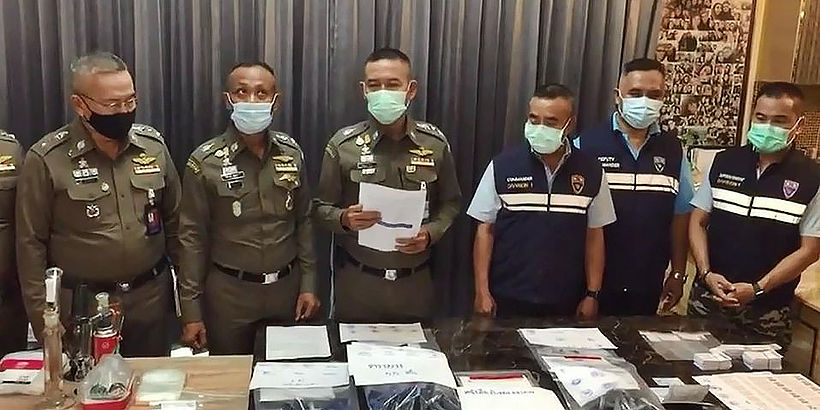 Immigration police yesterday announced the arrest of an American, and his Thai wife for allegedly forging visas and other government documents, as well as growing cannabis, at their home. 31 year old Chad Vincent Scira, and his 34 year old Thai wife Grace Scira, were apprehended at their Bangkok home.

“The suspects established a company called Thai Visa Centre, offering a visa-forging service for foreigners and advertising via the Internet. We tracked down their operation to a house in Soi Seri Thai 73 in Bangkok’s Khannayao district. At the house officials found several forged documents and 55 rubber stamps with the seals of different Thai government departments.”

“On the second floor of the house officials also found 60 cannabis plants being grown organically, 99 grams of dried cannabis, a cannabis oil extractor, a vacuum sealer, a scale and several items to take cannabis. The suspects said they grew the plants for personal consumption, but the evidence suggests they did it for sale. Police charged them with manufacturing a narcotic substance.”

A preliminary investigation showed the couple bought the house 3 years ago and allegedly began carrying out their visa-forging business and growing cannabis. Police are investigating their money trail for possible involvement in a drug cartel.

The Admin of the Facebook page named by police in this story contacted The Thaiger asking us to post their comment about the allegations, threatening us and other media…

“Please do not be concerned about what has been spreading in the news. All of our visas are officially obtained through immigration.

Immigration has already checked all of our visas, and concluded that they are NOT fake. So please don’t be concerned, all of the statements in the news are “alleged”.

One of our former partners named Grace, had a problem 5 years ago, and this caused immigration to inspect her, and they found that she was growing weed for research, with technology. For purpose of medicinal treatment.

If you are still concerned, and we are currently processing your visa and wish to cancel the process please contact us via LINE. We always support all customers the best we can.” 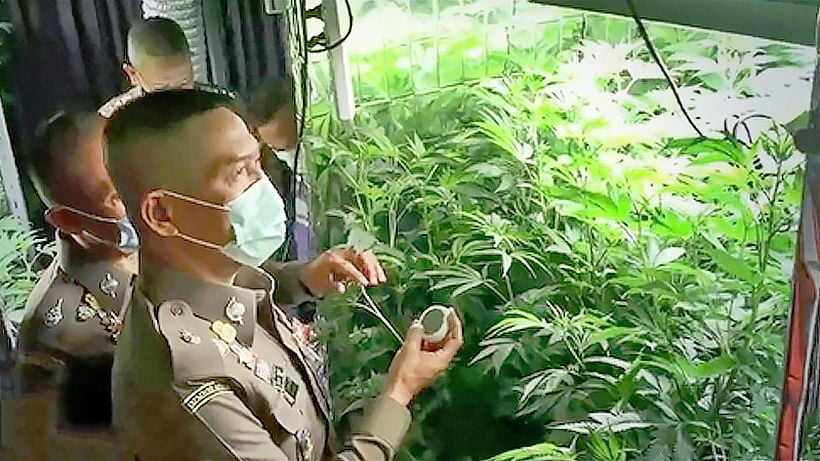