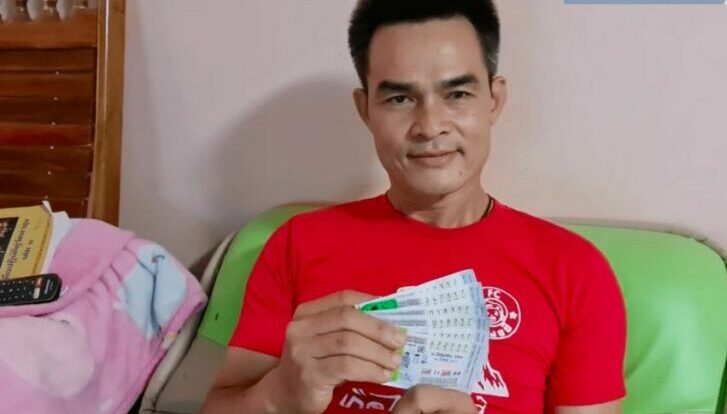 Chaipol Vipha, AKA “Uncle Phol” gave his happy news with his wife, Pa Taan, on their Youtube channel, Wednesday. They won with the last 2 digits, 17. 17, is Uncle Phol’s birthday.

Chaipol’s “fan club” bought the same number. They believe Uncle Phol has delivered them luck and fortune as he currently faces charges for allegedly killing his 3 year old niece. He has denied all charges against him. He has been charged with abducting a minor, abandoning a child resulting in death, and interfering with evidence, on June 1.

“Uncle Phol”/Chaipol gained fame/notoriety on social media after news of his niece’s death. His charismatic television interviews, where he protested his innocence, led to him gaining a large Youtube following. Also, some decided to put the murder suspect in Thai music videos.

After turning himself into custody earlier this month, going to his first court hearing, and undergoing a 14 day detention, he was let out on a surety of 180,000 baht.

The Thaiger previously reported the growing concern over idolising a murder suspect. His charm outshining his murder suspect status did not sit well with everyone.